Leadership and the destructive nature of emotional stupidity 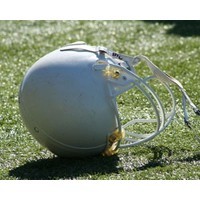 Aristotle once said, “Anyone can get angry. That’s easy. But to get angry in the right way, for the right reason, at the right time and with the right person…that’s not so easy.”

I was reminded of this the other day when on television, I, along with countless others, witnessed this:

It appears that a man, a minor league hockey coach, deliberately trips two boys on the opposing team, resulting in one of the boys sustaining an injury.

There are many theories about what happened here, including the coach’s claim that his foot ‘slipped’. There is further film showing the man ‘flipping the bird’ toward a group of parents in the stands who were showing their outrage. The incident is now under police investigation. The coach is disgraced and has been suspended by the Vancouver Minor Hockey Association. He may also be charged with felony assault. And, it is possible that the minor hockey league also sustained a blow to its reputation.

This is a prime example of what can happen when we allow our emotions to run amok.

Some say the man was provoked, or pushed beyond endurance. None of us knows for sure. But, from a leadership perspective, there are some things I think we can reasonably conclude:

It was reported that boys on both teams were trading insults throughout the course of the game. This coach was apparently a popular target. While it was no doubt highly frustrating for him, it was also entirely possible that his own behaviour gave the boys the unspoken permission they needed to respond in kind.

Lesson #1: If you want people to behave well and follow the principles of fair play, be clear about what those principles are; ensure there are consequences for failing to adhere to them; and above all, be meticulous about following them yourself.

Self-management is critical to successful leadership

No matter what the provocation, indulging in hissy fits in the presence of others is just wrong. It serves no useful purpose except to ensure that your working environment will increase in toxicity each time you allow it to happen.

Lesson #2: Leadership is not about you. Get over yourself.

This coach may well have many grievances to report about players and parents alike. Some of his complaints might even be well founded. But that’s not the point. The point is: it was his job to provide leadership to those boys; a framework of acceptable behaviour that would help them grow to be good men. He failed. And, somewhere along the line, they gave him some very poor marks for it. Whatever respect he may have earned as coach of his team, quickly dissolved in the time it took for him to lift his foot and upend two unsuspecting players.

Lesson #3: Think before you act…or live to regret it.

There is really no happy ending to this story except perhaps if this coach decides to change something about himself as result of the consequences he is bound to suffer for having behaved so badly.

Could it happen to any one of us? We’d like to think not, of course. But, before we get too judgmental or complacent let’s remember the last time we leaned on our car horns and said some colourful things to the person a couple of cars away who just cut us off. We get angry. It happens. But being aware of our own triggers and managing them is important, not just for our own wellbeing but to ensure that we do not sabotage what we spend so much of our valuable time building.

That’s what I think, anyway. What do you think?