Leadership and the importance of observation 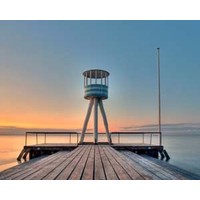 In Western society, we’re big on jumping into action. Sometimes it leads to big things too. At other times, though, chaos is our only reward for leaping into busy work before spending any time at all finding out what’s actually going on.

Many moons ago I was part of a team-building course. At one point, we were divided into groups and marched outside to tackle a project that involved climbing poles and traversing from one pole to the other with only the aid of ropes and some safety tackle. Our goal was to successfully overcome the obstacles put in our way and complete the course in the best possible time.

We failed miserably. Not only did we not complete the course, we failed to overcome most of the obstacles as well.

With booby prize shamefully in hand, we reviewed what we might have done differently. And, in thinking about it now, apart from doing just about everything wrong, we simply didn’t spend enough time on “O”.

“O” stands for observation.  It is part of a mental process that Edgar Schein refers to as O.R.J.I. in his book Process Consultation: Lessons for Managers and Consultants.

Here’s how it works.

Typically, when faced with a predicament, the human psyche follows a pattern.

We Observe and get a picture of what is going on.

We React emotionally to our understanding of what’s happening.

We Judge, and draw conclusions based on our understanding and how it makes us feel and then:

We Intervene, making decisions and taking action based on what we see, feel and conclude.

In the case of my deplorable “team” experience, we spent perhaps a nanosecond really looking at the challenge before us or trying to understand it.

We asked no questions of neither the co-ordinators nor each other. We did not inspect the obstacle course or make any kind of effort to evaluate the resources available to us, human or otherwise. The loudest voice took the lead. The action-oriented ones champed at the bit to get out in the field and DO something. And, the reflectors, being completely overwhelmed by the noise and confusion, registered what can only be described as insipid protests about making a plan first – an offering that, not surprisingly, fell on deaf ears.

Not surprisingly though, staying in observation mode is hard. When problems are pressing, emotions can work in opposition to rational thought, often wanting to take over at the most inadvisable and inconvenient times.

So, here are a few thoughts about how to delay a move to action long enough to establish that the information you are working from is accurate.

? Gather facts about the nature and scope of the problem

This means suspending, at least initially, feelings about what’s going on long enough to get some solid data.

? Take time to determine the resources and skills available to you

In the case of our team exercise, we spent no time at all determining who knew what or who could do what.  As a result, a number of individual egos launched themselves into the project without knowing anything about the skills they had at their disposal or how they could best be used.

? Determine what you might be assuming about the situation and the people involved in it

Giving some time to validating assumptions is never a waste.  Assumptions almost always hinder the process of getting at the true nature of a problem.

? Make room for many questions and a variety of voices

This is simply about listening to every voice, be it soft or loud. And, sometimes it is the dissenting voice that holds the clue to a solution.

Great teamwork relies on giving time to observation and critical thinking. Launching into action without thought might look good initially but will most certainly require more backtracking and remedial work than you likely have time for. And sometimes, it makes the difference between success and failure.

That’s what I think, anyway.  What do you think?