Leadership cannot be taught, only experienced 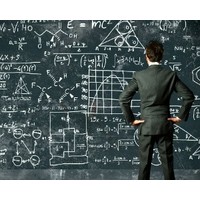 Bridging the gap between the theory we learn and what we apply in real life is the holy grail of professional development.

Coincidentally, the day of Griggs’ speech marked his 30th anniversary as a fulltime member of the navy.

At the beginning of his keynote he quipped that leadership cannot be taught in seminars or workshops by people with slick presentations. To be truly understood, he said, leadership must be experienced.

Bravely, after he had given his lecture, Griggs took questions from the audience. I asked him to spend a couple of minutes reflecting on his journey as a leader. Specifically I asked him to compare the thoughts that rush through his mind now when he hears the word ‘leadership’ with the thoughts he might have had 30 years ago.

“Night and day” was his short answer.

He then went on to explain, in a way only someone with a thorough knowledge of leadership theory could, the key milestones across his journey towards leadership maturity.

Speaking with him after the event, he said that he understands and thinks about a lot of helpful models and theories, but never talks about them in public. “Because you lose people when you do that.”

In an attempt to bridge the gap between theory and practice, we’ll explore the story of the Vice-Admiral’s development as a leader and identify four key lessons and relevant models and theories along the way.

1. Developing a collaborative style of command

Griggs explained that when he went aboard his first ship, many of those in leadership positions had either served in WWII or were trained by those who had. They had one style – command and control. It was authoritative. For those finding their feet in the navy that was the only style that existed.

He went on to say that the leadership style that was appropriate in WWII carried on far too long in the navy – far beyond when it was appropriate. It was shaped by a command and control mentality but we live in a very different world to that. It produced a series of problems that the navy battled to overcome.

“It was an aggressive culture, an aggressive leadership style. That was how you did things. And as someone who was part of it, you absorbed that culture. Eventually I started to realise that it wasn’t necessarily the way to go.”

One of the things the navy has moved towards during the Vice-Admiral’s career, particularly on the ships, was a much more cooperative way of commanding.

What the Vice Admiral is explaining here can be linked to French and Raven’s Five Forms of Power. In that study, psychologists concluded that power comes in five distinct forms: coercive; reward; legitimate; expert; and referent.

From his description of the WWII-inspired leadership culture, the atmosphere was dominated by legitimate power (I’ve got the rank, so you’ll do what I say) and coercive power (and if you don’t do it there’ll be trouble for you).

In describing the shift to a collaborative style of leadership, he is describing his awakening to the fact that throwing around the weight of your position does not motivate all your direct reports – if any. A shift towards referent power (the type of person worth following – charismatic) and expert power (posses the skills and knowledge – and is willing to tap into the skill and knowledge of those around them) represents a sensible balance to the traditional, hierarchical leadership approach within the navy.

The Vice-Admiral was very clear on the fact that the biggest enabler for him along his journey of leadership maturity was to develop a deep understanding himself.

Here the Vice-Admiral is referring to the development of his own emotional intelligence. EI was revealed to the world, largely through the work of Daniel Goleman, as recently as 1995. It is thought to be a more powerful predictor of performance, particularly in senior positions, than IQ.

In talking about “understanding the impact you have on those around you”, the Vice-Admiral was directly referring to self-awareness. He grew – through maturity, education and life experience – the ability to tap into the effect his behaviour (positive and negative) had on the people he worked with.

But it’s not as simple as that. In order to develop that ability, he also had to develop other elements of EI. Being aware of the impact you have on others is one thing – caring enough, or having the self-control, to do something about it is quite another.

So in order to act on his developing understanding of the wake he left as he moved through life, the Vice-Admiral also had to develop self-regulation – the ability to control or redirect impulses and moods – and empathy – considering the feelings of others (“maybe the men and women on this ship would like to be treated with a bit more respect?”).

To round off the five EI elements, the Vice-Admiral was clearly motivated to achieve genuine change within the navy and he had the social skills to build relationships with those around him in order to take them along for the ride.

In speaking about the way he leads people, the situations in which he finds himself and how he reconciles it all with his inherent personality, the Vice-Admiral admitted that: “I struggle under pressure. I revert to a very directive style. Because it was ingrained in me, it was part of the organisation that I joined. But it’s not always the most effective way to lead.”

The Vice-Admiral’s reflections here can be linked to his personality traits and thinking style. While there are numerous theories and models doing the rounds in this space, MBTI and HBDI as a combo deal go a long way to helping us understand the way we are and the way we think – therefore the way we behave.

MBTI is an assessment tool, supported by thorough research that helps participants understand their inherent type across four dichotomies. Naturally, from birth, MBTI theory maintains that we each prefer: