Leadership lessons from Seal and The Voice 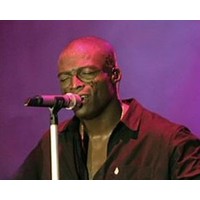 I have a confession to make. I am loving The Voice, Channel 9’s new reality TV show. Feels good to get that off my chest. I could pin the blame on my 13-year-old daughter, but I have to take full responsibility for this one. I thought I would watch a few minutes and was instantly hooked! Just when you thought that whole category was done and dusted (Australian Idol, Australia’s Got Talent, The X Factor, etc) along comes The Voice, changing the whole format, and winning new audiences.

If you haven’t watched it yet, four judges: Seal, Joel Madden, Delta Goodrem and Keith Urban, sit in chairs with their back to the stage. It’s a blind audition with singers being judged purely on their voice and if a judge/coach likes what they hear, they hit a red button which turns around their chair. But what makes it compelling viewing is (apart from the quality of the singers) if more than one judge turns around, the judges have to persuade the contestant to join their team. There is a shift in the power balance and you see both leadership and the art of influence in operation.

In one of the first episodes, Seal and Delta Goodrem went head to head to try and secure one of the contestants, Chris Sebastian.

Seal told Chris: “If you come on my team, I’m interested in one thing and one thing only: making you great.” Delta, in response, said: ‘I understand your spirit and I understand this country. This is my country. I love Australia. We can make this happen together, and that will be a very easy ride for us.”

To which Seal retorted: “That is a very good pitch she’s making, but there’s one thing that doesn’t sit with me: she keeps using the word ‘easy’.  It’s not going to be easy, brother.”

Chris thought about it for a moment and went with Seal and later he explained why, saying: ”When she said it will be easy with me, she lost me. The last thing I wanted people to think was I had taken the easy way out.”

There are classic communications lessons we could all draw from this. Seal made his pitch all about the singer. Who can resist the opportunity to have someone coach you to greatness? It’s irresistible and that’s why artists come on to shows like this: to be discovered. Delta promised an easy ride, thinking that would appeal. Compare the promise of an easy ride versus the promise of greatness? Which would you pick?

Seal also understood where this particular contestant was coming from: he wanted to carve out his own identity and not ride on the coattails of his famous older brother, Guy Sebastian. So Seal picked up on the phrase easy ride, understanding that this would be the last thing Chris would want. He also knew his pitch would not turn off Chris as he was speaking a universal truth. Everyone knows it’s hard to make it in the music business.

To persuade as a communicator, it has to be all about your audience, and what they want – not what you think they want. As Seal and Delta’s responses indicate, there is a world of difference between what we might think someone wants versus what they actually want. You have to understand your audience, and walk in their shoes, to succeed, influence and persuade.

I am loving watching and learning from Seal (and the other coaches), and now have a legitimate (cough, cough) academic reason to continue to couch surf and watch The Voice weekly.  And you have been warned, it’s highly addictive.