It’s a boy! Leadership lessons from the royal baby 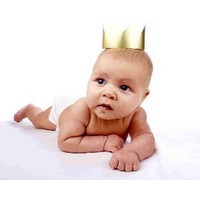 After weeks of waiting, we awoke on Tuesday to news that our future monarch has been born.

Words simply cannot express the sense of excitement and awe we all feel. The beautiful Duchess Catherine – our Kate – has done the miraculous and delivered what by all accounts is a healthy baby boy.

There’s a lot we can learn from the royal baby (or as I call him, ‘The Baby’). Here are three leadership lessons from our future king.

Despite being only moments old, The Baby has staged an entrance showing street savvy far beyond his years.

Speculation about the moment of his impending birth was reaching fever-point when he finally arrived. Reporters had been camped out in front of his hospital for weeks, and journalists had exhausted just about all the angles they could find.

Just as we all were beginning to get a little sick of it, he came, and we were all whipped up into a frenzy once more.

The lesson is, keep them waiting, but only so long as they can stand it.

2. Timed for the evening news

The Baby arrived at precisely 4.24pm. Well, maybe not precisely. It’s hard to be sure.

But the important thing is he arrived primed for the evening news, and early enough so that the newspaper reporters had time to write a story but no time to develop it for the next day’s editions.

That means that the first time most people heard about The Baby, he was firmly in control of the story. This deft touch leads us to conclude he must be wonderfully advised – another trait befitting a true and future king.

All good rulers know people love or hate them depending on how well the economy is doing.

As Bill Clinton once said when asked why the hell people kept voting for him: “It’s the economy, stupid.”

The Baby is already building a positive association in the mind of the public between his arrival and good economic times. Most analysts are expecting a huge boost in retail and tourism from his arrival, which is just what the British economy needs in these difficult times.

If he keeps bringing the good times, The Baby will be beloved all his life.

All hail, The Baby.