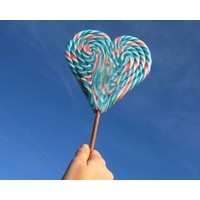 A client was telling us how she had recently gone to hear Sir Richard Branson speak. It was an interview format but for the first 10 minutes it just was not working. Branson seemed nervous, and wasn’t connecting with the interviewer or the audience. The whole set-up was making the audience cringe with embarrassment for both of them.

The interviewer immediately relaxed and Branson, the interviewer and the audience were off and running, after a very shaky beginning. My client noted how something so small opened the room and made such a difference.

I was reminded of that again when just recently I was watching some of the ads for The Voice, Channel 9’s singing show and yes, while I’m a “Voice” tragic, I saw the same thing transpire.

Two of the judges, Seal and Joel Madden, were trying to woo a contestant.  Seal said “I believe you.” “I believe you” – how powerful is that? Who can resist someone who says that? I thought Seal would surely win over the contestant – it was done and dusted.  But Madden stepped in and told the contestant “I believe IN you”. The contestant did not even blink and immediately responded: “I have to go with Joel.” Just when we thought Joel had surely lost the contestant, the use of a single preposition, ‘in’, won him back.

We all know small things matter, but we don’t know how much small things can matter, and nowhere more so than in leadership. I have never been able to articulate this well without it sounding trite or obvious, until I came across this TED talk (my other addiction, when I’m not watching The Voice!) by Drew Dudley. He talks about ‘leadership lollipop moments’. He says we have made leadership about changing the world and we have spent so much time celebrating a few things that hardly anyone can do, that we feel those are the only things worth celebrating.

We devalue the small everyday moments when we are true leaders; we might say something small that has a huge impact on one person without even realising it. Drew deems these leadership lollipop moments, and he uses it to redefine leadership. He shares the best story ever to illustrate his point.

Watch the video and set yourself the challenge to see how many leadership lollipop moments you can create today.