Leadership: what’s charisma got to do with it? 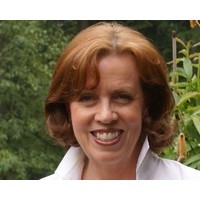 Charisma. It seems to be something we admire in others and wish we had more of in ourselves. It has drawing power. When we see it in leaders, that compelling charm inspiring us to listen and follow and emulate, it is easy to envy the apparent ease with which they spin their particular magic.

Charismatic leaders paint the picture of the leader as hero. These are people who suggest, by their very presence, they can take care of us, cure our ills, make change possible, maybe even be the saviour we have long sought.

In reality, no one can do that single-handedly.  Charisma may deliver the promise of change, growth, fulfilment and even wealth, but on its own it will fail in the execution department. That requires involvement from the rest of us, and a different kind of leadership.

Having said that, let’s face it: having charisma can be very handy. Can we develop it?  I’m not sure. The word itself comes from the Greek meaning gift. We know that each of us has gifts. Not everyone has that particular one.

Nonetheless, I can’t help but feel that what draws us to the charismatic type is not unlike what inspires us to follow leaders with less, um, pizzazz. So from that perspective I think it possible to develop, and use, some of the skills associated with the charismatic personality.

Specifically, here are three traits associated with the charismatic leader that come readily to mind when I think of other, perhaps less charming but equally successful, leaders:

These and other elements can indeed be developed even among those of us who have had what Jim Collins describes as a ‘charisma bypass’ because, as he says, charisma is a personality trait and leadership is not about personality. Here’s what else he has to say.

In my observation, charisma, on its own, tends to burn bright and then burn out. It has a dark side too. Adolf Hitler had it.  So did Jim Jones. Both have had a disastrous impact on humankind. Masses of people, at one time or another, have viewed them with awe, often blindly doing their bidding. These leaders are people who fed on the hope and despair of others to their own advantage and for their own glorification. Charisma gave them that opportunity.

So if we strive for anything in leadership, let’s work to transform rather than transfix. Transformational leadership contains an element of charisma but is grounded in a set of high ideals, a solid work ethic and the expectation that all people have the capability to raise themselves up through their own hard work to reach higher ground.

Those who work to transform may share some charismatic traits but differ in these important areas:

They focus on a purpose and vision greater than themselves

Their work is not about them but about something beyond them that serves a greater good.

They engage others in making the vision their own

This comes from the belief that a shared purpose and vision makes the necessity for change clearer and the work it takes to achieve it more meaningful.

Transformational leaders encourage people to challenge what has always been and to explore new possibilities with enthusiasm and without fear.

To involve everyone in fulfilling the organisational purpose demands a kind of openness that doesn’t exist in an organisation whose leader relies solely on the strength of his or her personality to lead. Mystique may be kind of sexy, but it gets in the way of getting the job done.

A lot has been written about charisma.  There are even some articles that attempt to tell you how to become charismatic. For me, many of them miss the mark, like the one that offers 17 tips on becoming a charismatic leader. I particularly question the wisdom of number five on that list which states: “Think of something pleasant so you appear to be sincere.” Hmmm.

The bottom line for me is that while we are not all favoured with charisma, we do each have the opportunity to develop drawing power by building leadership skill; being open to learning; focusing on something beyond ourselves; and mustering the courage to challenge and change things.

If we can do all that, who needs charisma?