Four barriers to effective communication – and what to do about them 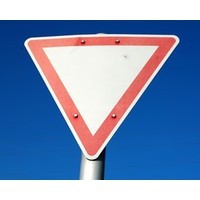 I wonder how many words have actually been written about communication. Suffice it to say, there have been a great many. I suppose it is because we haven’t cracked it yet; this ability to convey messages so that what we say is heard in the way we mean it, and conversely, what we hear is received in the way it was meant. Indeed, the road to clarity always seems to be under construction.

Even if we try to simplify our communication processes, barriers come up that can sabotage the message and render it ineffective by the time it gets to those who must act on it. There are a lot of reasons for this. Here are four that come to mind:

There are many factors that make up what we refer to as “culture” but to me, cultural difference is about attitudes and beliefs that come from our personal environment and experience. As such, two people could get the same message but interpret it in two entirely different ways simply because their frames of reference and language differ.

Here is an example from a Scandinavian advertising campaign. It was developed for the vacuum cleaner manufacturer Electrolux, then interpreted and used, without modification, in the company’s American campaign. It read: “Nothing sucks like an Electrolux”.

Variance in expression or colloquialism is common, even among those who speak the same language.

When my parents brought our family to Canada from England, there were a lot of expressions we used that were interpreted differently in our new country. This once placed my mother in an embarrassing situation when she was sitting around a table with her co-workers one day discussing the time they each got up in the morning to get ready for work. When it came to my mother’s turn to speak, she said: “My husband knocks me up every morning at 7.30.”

It was only after the laughter had died down did someone explain to her the North American meaning associated with what she had just said.

We all have them. Bias is, after all, shaped by our experiences and who we are. It becomes an obstacle to effective communication though when we consciously or subconsciously choose to speak only to those who are more likely to understand and agree with us. It’s natural. But in leadership, it is also important to extend the reach of our message to those whose biases do not necessarily align with our own.

The workplace, for example, now employs more than one generation of people. Each generation has its view of the world. Each generation also has its challenges. And yet, the messages you send must finds ways to reach and engage everyone to be effective.

It was Oscar Wilde who said, “When you assume, you make an ass out of U and Me”.

Assumptions sabotage effective communication and have the potential to lead everyone down unintended paths. For instance, you may assume that because people are nodding while you speak, they understand and agree with what you are saying. Similarly, if you invite questions about your message and get none, it would be easy to assume there are none. The truth is, few people will risk the potential embarrassment of being the only one who doesn’t agree with or understand your message or doesn’t know what to ask. To assume they do would be a mistake.

Communication barriers are always going to be with us because humans are complex beings. I think that’s what makes it a challenge – and sometimes a great source of fun.