Leading by example and mistaken beliefs 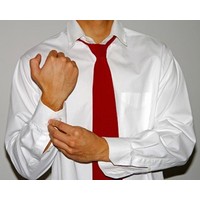 According to Albert Schweitzer, “Example is not the main thing in influencing others; it is the only thing”.

If Albert is right about that, it means leading by example – although a simple enough concept – carries with it a pretty big impact.

On the face of it, to get it right, leaders must exhibit the behaviour they would like to see in others. To use a well-worn expression (that frankly, really belongs in the cliché bin), it’s about “walking the walk and talking the talk”. What could possibly be complicated about that? Yet, some of us still manage to muck it up.

Perhaps it is so simple that we often fail to consider it at all. Or, perhaps it is that some people have mistaken beliefs about what leading by example is really about. Here are a few possibilities that come to mind for me:

I suspect that some leaders make leading by example a project rather than a way of being. In other words, they appreciate that in order to engage people at the office they have to serve as a role model and so they create a model of personal behaviour that may have little or no bearing on who they really are. In effect they put on their office persona in the morning along with their business clothes and take it off again when they get home and change into something more comfortable. While this practice may show some positive results in the short term, it is not easily sustainable. And, I can only imagine how exhausting it must be.

The bottom line: If you don’t represent yourself honestly whereever you are, the example you set will not ring true for those you want to influence the most.

In our condominium complex, there is a man on the board who is president of his own company. He serves on our strata as chairman of the building committee – a pretty important role. This week he sent out a communication to all owners to advise us that putting weather stripping across our front doors is strongly discouraged because doing so interferes with the flow of air to the suites.  He advised those among us who had installed weather stripping to remove it immediately.

Days later, after receiving this rather forceful message, my husband had cause to place a note concerning condo board business under this man’s door.  He was unsuccessful in doing so because apparently, our building chairman had installed weather stripping.

The bottom line: If you have ever had the idea that you can say one thing and do another and not be found out, think again. Believe me, you will be busted. And, when you are, the trust and respect that others have for you will be compromised.

No matter who we are, as long as we are alive, someone is looking to us for an example of how to behave. Even if we have never been placed in a formal leadership position, we influence those around us simply by being there. And, being human, we are not always going to act in exemplary fashion. We can only hope to align our behaviour in accordance with what we value most and accept that sometimes others will pick up something from us that we would rather they hadn’t. It happens.

For example, a long time ago, I was invited to attend a lunch in the head office executive dining room.  I was very surprised to receive the invitation because as a fairly junior personal assistant, it was a bit of a lofty thing to happen for me.

The purpose of the lunch was to entertain a party of Chinese students. On meeting them I began to realise why I might have been chosen to participate.  They were all rather small and I, also being rather small, seemed to be the only bank representative who could look them straight in the eye without having to sit down.

The table was beautifully set. However, the challenge for me and my lunch companions was that it was rather high, and the dining chairs, in contrast, rather low.

In spite of this, the lunch unfolded quit well…until the waiters delivered dessert: strawberries served in a tall-stemmed glass, rimmed with sugar. It didn’t take long for me to discover that if I actually wanted to eat these delicious strawberries, I would have to stand up.  The other diminutives around the table seemed to be in the same predicament.  I noticed them looking at each other but none was so brave as to take a chance and grab a strawberry quickly while no one was looking. And so, at what I considered to be a strategic moment, I took up my spoon, stood up very quickly, popped a strawberry into my mouth and sat down, just as quickly, to chew it.  My new, and equally undersized companions followed my lead until soon, we were all popping up and down until we bore a striking resemblance to an umpapa band.  Needless to say, I was never invited back to the executive dining room.

Bottom line: It is a mistake to expect that people will not, at times, follow an unintended lead. It happens. Forgive yourself and move on.

What mistaken beliefs come to mind for you?