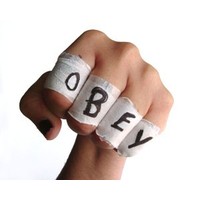 It seems certain that last week Julia Gillard left Kevin Rudd for dust. The telling dimension is clearly that Rudd’s potential followers won’t have him back as their leader.

Rudd was prime minister for two-and-a-half years. It’s a short time but average for tyrannical leaders from our most similar comparison species, chimpanzees.

Dr Jane Goodall knows. From her studies of chimps from the 1960 she observed a curious trend. Good leaders of chimps last as leaders for about 10 years. The tyrants last for only about two years.

For example, Figan was a good leader. Dr Goodall says that Figan employed power properly. He was powerful but not intimidating. The outcome was that during the years of Figan’s reign, the community enjoyed social harmony.

At the other end of the spectrum is Frodo, a tyrant. Frodo is still alive. He lasted for less than two years. His similarity to Rudd is uncanny. When he lost the leadership role he retreated to the backbench. He tried several runs at winning back the top job but never succeeded.

The most common complaint about Kevin Rudd as a leader is that he treated people poorly – people most often say he was rude and abusive. His potential followers obviously can’t contemplate the thought of reliving the experience of him as leader.

A systemic challenge to organisations is that followers don’t choose their leader. Leaders are appointed by high-power people. A leader therefore knows that they retain their leadership position with the patronage of their boss, not the support of their followers. If there is a trade-off, many leaders choose managing up in preference to managing down.

There are two key implications. First, organisations should have processes to find out periodically whether leaders have the support of their followers. The best organisations use engagement surveys, measured down to team level, to know what’s happening in each team. Any leader who has low engagement – little support from their followers – gets help to lift their leadership impact or are ultimately moved out of the leadership role.