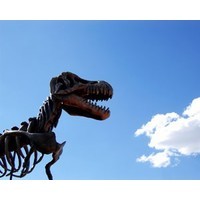 From the frying pan to the fire.

Being a newspaper executive is hard, but is it as hard as heading up an increasingly online-focused directory in the era of Google? While readers may still have some need for the digital offerings of newspapers, it’s hard to argue the same about the traditional offering of Sensis, Telstra’s directory business.

John Allan, former chief operating officer of The Australian, was yesterday revealed as the man Telstra chief David Thodey had picked to head Sensis, the makers of the Yellow and White Pages.

The announcement came after a five-month search for the ideal candidate.

Allan has directory and media experience – before he worked at The Australian, he was CEO of TrueLocal.com.au. He’s going to need every ounce of expertise he can muster to stem Sensis’ decline.

Before the internet, Sensis was one of the most lucrative parts of Telstra. It had a captive market. Businesses would pay to be listed in the inches-think yearly publication, and given their customers would regularly consult the books for their phone numbers, being listed was a business necessity.

And then Google came along. If you Google a business name these days, you’ll get to their website, and a phone number, in seconds. Even if they don’t have a website, it’s free to list a business on Google Places. Businesses have no need to use (and pay) Sensis to be found when it takes one or two clicks for customers to find them via Google.

Sensis missed the world changing. Although it eventually put its services online, it didn’t compete in that space before Google’s dominance became complete.

However, before this year, the business division was still holding onto its profits. In the 2010-2011 financial year, Sensis’ income only declined 5.9%. But then, in the first half of the 2012 financial year, Sensis sales fell a shocking 24.1%. The company noted this March that “the advertising and directories market’s shift to digital marketing is occurring faster than we expected.”

Sensis’ long-serving (now former) CEO Bruce Akhurst announced a revival strategy. The plan has led it to focus on being a one-stop online marketer for small businesses, offering website development and search engine optimisation (5000 companies had signed up by March).

Sensis is also doing some interesting things in the high-tech space. For example, it signed a deal with Media Tuners, a US company that is developing voice-activated software that will run in cars. The idea is that the product will be integrated with Sensis’ Whereis Maps database, so drivers can speak to their dashboard and get the directions they need without pressing a button.

Nonetheless, it will take a lot to stem Sensis’ bleeding. Its dilemma is similar to those faced by newspapers – online rates are only a fraction of what can be charged for print. And it has a fierce, firmly entrenched rival in Google.

Can Allan stem the Sensis bleeding and preserve the half-billion in revenue it brings to Telstra’s coffers?

He might, but he’s got two huge challenges ahead of him, according to tech analysts LeadingCompany contacted today.

Breaking down the silos (if he can)

Telecommunications industry analyst and Buddecom founder Paul Budde says the biggest problem Sensis faces is that it is a paper-based legacy business. “If you’re an internet-based publisher, you operate typically on a tenth of the cost of a paper-based company. If you don’t have that legacy, you can be far more flexible in your business. What Sensis is trying to do means cannibalising their printed product.”

Given ads in print cost far more than ads online, it’s difficult for Sensis to move from one to the other without radically rethinking how it operates.

One way to diminish costs is to break down the siloed organisations that make up Telstra Media (Foxtel, Sensis, Bigpond etc). “You could start fusing the companies into one big digital media company.”

However, Allan could be stymied in any attempts to do this. Budde claims Allan’s new boss, Telstra’s newly appointed digital media tsar Rick Ellis, doesn’t intend to integrate the businesses.

“This shows Telstra isn’t willing to transform that whole business…They’re trying to protect their incumbency as much as possible. That’s why in the past decade, they’ve missed the boat, and if you ask me it’s a recipe for disaster.”

Asked if Allan could address this, Budde is pessimistic.

“His boss has clearly indicated how it’s going to be. He believes there’ll be a revival of Sensis… [Allan] doesn’t have a lot of room to move.”

Capitalising on what remains

Telecommunications writer Paul Wallbank says Sensis still has “a 1970s business model” where salespeople go out and sell Yellow Pages advertising. “They should have done away with that 10 years ago.”

He thinks the key challenge for Allan is to make the most of what remains of the business.

“Sensis have completely failed to execute on the advantages they had in the marketplace in the last 20 years. They had an almost unstoppable position as the primary small business marketing outlet, and they squandered that with the rise of Google and the web,” Wallbank says.

He adds that its market share in their legacy print business will inevitably diminish.

Can Sensis be saved?

Wallbank says the long-term survival of Sensis will depend on how good Allan is. “My own personal feeling is it’s probably beyond the point of no return.”

“I think it has been a disaster. Telstra has left it far too late to make the move and now they have great difficulties reconciling the old business they would like to protect as it’s very profitable.”

“To move into digital media, you have to cannibalise your own profits and break down your silos.

“My opinion is that it will further decline. With cost-cutting and the like it may still remain profitable for a while, but you’re clearly seeing an overall decline until it peters out in five or 10 years’ time.

“There still is some opportunity to turn it around… but the longer they wait the more difficult it will be.”