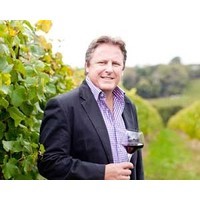 In May 2011, the wine assets of Foster’s Group were split out into a new multimillion-dollar company, Treasury Wines. Since then, Treasury Wines’ share price has risen 47% from $3.36 on its debut to $5.03 a share last Friday, while profits have beaten analysts’ expectations. In its first year of operation as a separate company, Treasury Wines posted $135.5 million in net profit in August.

The demerger has paid off, its Australia-New Zealand chief Chris Flaherty tells LeadingCompany. “Our first year was really strong. I think it demonstrated the value of us having an independent play. And it shows the opportunity that we’ve got.”

Flaherty joined Treasury, the owner of wine brands such as Penfolds, Wolf Blass and Beringer, as a sales director in November 2010, just before the company was split off from Foster’s. He was promoted in January to his current position, reporting directly to CEO David Dearie.

He says the split from Foster’s threw up a lot of questions. The management team had to figure out everything from how the Treasury Wines computers would run to how its contracts, which made provisions for both wine and beer (which it no longer supplied), would be renegotiated. Even after the split, Treasury Wines remained a huge company – it employs more than 3500 people and turned over revenue of $1.6 billion in 2011-12.

“It was daunting,” Flaherty says, “but also exciting.”

“We weren’t going to be sitting in the shadow of the big beer business, but standing on our own two legs.

“Through great planning and a lot of effort and passion, our first year was really strong. I think it demonstrated the value of us having an independent player. And it shows the opportunity that we’ve got.”

LeadingCompany met with Flaherty in Treasury Wines’ new CBD office. The company moved in last month, leaving behind the offices it previously shared with Foster’s.

The company wears its merchandise on its sleeve. Wine racks hang down from the ceiling, creating wall dividers. The ground floor of the headquarters is taken up with a courtyard resembling that of a winery. Salespeople in open-necked shirts sit with clients in alcoves along the sides. In the middle of the courtyard stands a wooden signpost pointing to the world’s cultural capitals with the distance from Melbourne displayed next to each name.

Treasury Wines’ modern genesis began when Foster’s began buying up premium wineries across Australia in 1996, but today Treasury Wines is an international company. Despite challenging market conditions in recent years, more than half of its volumes come from the United States and Canada, while sales in Asia are growing strongly. The company’s leadership is divided into its wine-growing business, which is headed by viniculture experts, and its commercial operations. Flaherty, though a keen wine enthusiast, heads the commercial side, leaving the winemaking to the “experts”.

He began his career as a part-time salesperson with British Paints while he finished his economics degree. “I was out there selling fibreglass materials and industrial coatings. I hated it at the time. I thought I was degree-qualified, and here I am carrying around a bag. But it gave me an appreciation of how things actually get done, and the importance of our customers to what we’re trying to achieve.”