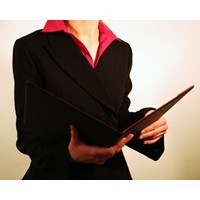 Women leaders, it seems, struggle with authority, according to an executive coach I spoke to recently.

My instinctive response to this proposition is to simply agree and move on. After all, when the men in authority habitually say that women deserve less responsibility and pay, it seems only logical to dispute their authority.

But this is not the nub of the issue raised by Jennifer Garvey Berger, a coach and a senior facilitator with the Leadership Circle Asia Pacific. Berger says that women have a problem making friends with their own authority, their own ability to be in charge.

Both men and women struggle with authority – it is not solely a gender issue. But it is more common for women to seek advice from her on the issue.

Berger has observed that women struggle to assume authority even when their position endows them with it. Behind this reluctance is their unpleasant experience of authority. “They have not felt good about other people’s authority over them, and they don’t feel good about their own authority over others,” Berger explains.

Women often want to come up with a new paradigm of authority, but the models for any kind of shift are few and far between.

And it leads women – when we get into positions of authority such as the CEO role – to do things that are just plain silly, such as ask everyone to set aside their titles and have an open discussion, or to insist that our opinion as the leader does not carry any more weight than anyone else’s. “Of course, every single person in the room remembers that you are the CEO,” Berger says.

This kind of effort to shift perceptions of authority is just wishful thinking.

The author Thomas Moore has a fascinating take on authority, and on patriarchy. In his book Care of the Soul (now stay with me here – I’m not going to go all ooga booga), Moore describes a true sense of authority as “the feeling that you are the author of your own life, that you are the head of the household in your own affairs.” His rather radical view is that authority is the father aspect in all of us – men and women.

Moore’s take on patriarchy is also a challenge to the patriarchal politics: true patriarchy is an “absolute, profound archetypal fatherhood”, he writes. It is possible, in Moore’s view, for our social patriarchy to be like a benevolent father: providing a sense of direction, order, security, fairness, and a buttress of solid opinions and debate.

I mention these ideas because of Berger’s point that women are searching for new ways to interpret authority; they do exist.

We all know that when companies lack an authority figure, they become chaotic, disorientated and out of control.

Berger suggests that women leaders need to make clear statement about their feelings on leadership and authority. That means confessing to not yet being completely comfortable with authority, if that is the case.

“If you can find the courage to say that, there is power and authority in having the courage to do so and it is awfully good modelling,” she says. “Then everyone around you says, ‘well, this is what I am working on’.

“The clearer women can be, the more relaxed their reports can be, instead of having to figure out the game. It is not a game for leaders, but others see it that way unless the leader is very clear,” Berger says.

Such conversations can be awkward; there is a degree of intimacy in fessing up to not knowing quite what you are doing. But Berger says women have strong allies.

“By and large, organisations want you to succeed,” she says. “Even when leaders really screw up, the organisation and the people within it, want the leader to turn it around. There is quite a lot of appetite for our own growth and improvement.”