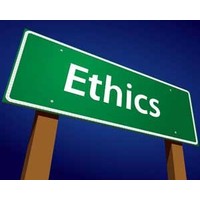 Every day, all of us make ethical decisions in our jobs. I am making one in writing this story today.

A prank call made by two young DJs at the radio station, 2DayFM, appears tragically to have contributed to a disastrous outcome – a woman’s decision to end her own life.

In their worst nightmares, the two radio presenter involved – or indeed the radio station’s management – could never have predicted such an appalling outcome. The nurse, who died over the weekend, transferred a call from the two DJs, posing as royals, who said they were inquiring after the health of the Duchess of Cambridge, who was admitted for severe morning sickness at the beginning of her pregnancy.

Whether or not the station breached the broadcasters’ code of conduct is the subject of investigation by the regulator, the Australian Communications and Media Authority (ACMA), the hospital and radio station – Southern Cross Austereo.

Regardless of the outcome, the issue for leaders is that such incidents bring a sense of urgency and relevance to “compliance” training in codes of conduct/practice – an area that is too often a box-ticking exercise.

This important leadership issue, rather than the salacious details of the incident and pompous judgements flooding social and other media, is the focus of this story. My call.

Carmel Ackerly, CEO of the Australian Institute of Management, Victoria, says: “The whole point of codes of practice are that they are about teaching us how to act. While there are standard ones, and those with specific industry relevance, leaders also need to make codes relevant to staff in the context they work in.”

“Identifiable persons” – these words open up a grey area in the commercial radio broadcaster’s code.

Referring specifically to interviews and talkback programs, the code states that the purpose of Code 6 is “to prevent the unauthorised broadcast of statements by identifiable persons”.

All codes demand judgement calls. For example, the code of ethics for professional accountants requires integrity, objectivity, competence and care, confidentiality and professional behaviour, behaviours that are further defined, but must ultimately be applied in the day to day practice of the professionals involved.

Says Ackerly: “The challenge is that most training for codes is done in a tick-the-box, stand-and-deliver mode or through static online training modules. But people need to practice these behaviours and for them to become part of culture of the workplace.”

Catastrophic media attention, or private disasters such as the loss of top talent, are too often the catalysts for companies to take action on ethical and cultural issues, says organisational psychologist, Leanne Faraday-Brash, author of Vulture Cultures, which examines ways of recovering from toxic organisational cultures.

Faraday-Brash says she can make no comment on the Austereo issues, however, the situations that can create poor decision-making are her territory. “Sometimes unwittingly, just for the sake of profile or revenue, people will make poor decisions,” she says. “There can be structural reasons, such as laxness around the authority to make decisions, or it can be that the leaders are asleep at the wheel or blinded by the payoff and don’t really sit up and ask ‘what if?’ ”

The idea that footy players would not be notified about a change in the AFL code until they breached it on the field is inconceivable, says Faraday-Brash – even to those who do not follow the game. Before players play, they need to know the rules, and the coach and club’s management are responsible not only for informing players, but showing them how the changes will affect their conduct on the field.