Lessons from a tragic failure in leadership 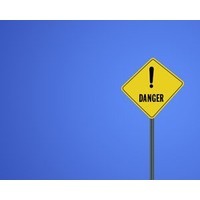 Burton Winters was a typical fourteen-year-old living with his parents in Makkovik, Labrador. Winter weather makes snow mobile driving a necessity there and, like most of the boys in his community, Burton was an experienced driver. One afternoon in February, he set out on his machine to visit his grandmother.

He didn’t make it home.

Somehow, in the dark and harsh weather, Burton missed a crucial turning and lost his bearings. Instead of going towards home, he and his machine headed out many miles onto the sea ice. Eventually, the machine became stuck and Burton continued on foot for another nineteen kilometres, all in the wrong direction.

The local Makkovik authorities appealed to the Canadian Forces Search and Rescue detachment for help in locating Burton. They were refused. At first light, the following day, the local community made arrangements for private helicopters to conduct a search but none had either the equipment or expertise to care for someone who would most certainly be suffering from serious hypothermia should they find him. Sadly, Burton’s frozen body was eventually located lying on the ice, miles away from home.

I watched this story unfold on the television program, The Fifth Estate, last week. From a leadership perspective, one thing leapt out at me. The Rear Admiral, commander of Maritime Forces, Atlantic and in charge of the Search and Rescue detachment, chose not to lead, but to manage at a time when leadership might have made a crucial difference in the outcome.

When asked why he had not deployed a Cormorant helicopter to help in the search for Burton, he responded by stating his primary mission as “marine and aeronautic search and rescue”. He went on to say that had he assigned even one of the three available SAR helicopters to search for the teenager and was called to respond to what he described as an event at sea, he would not have been in a position to fulfill his primary mission.

I will not pretend to know all of the complexities involved in running this kind of operation. It no doubt has some very unique challenges. But, I think there are at least a couple of lessons in leadership here to consider.

One is about Getting the purpose right. I wonder if the Rear Admiral in this story might have made a different decision had he seen his primary mission not as, “marine and aeronautical search and rescue” but as “saving lives”. Perhaps if he had chosen to look at it differently, the outcome might also have been different. As it was, he opted not to respond to a real situation in favour of securing his command’s ability to respond to a potential one.

Secondly, it is about Knowing when to lead and when to manage. I don’t know much about military operations. I do know there are a lot of protocols to follow. Protocols are put in place to create order and ensure the safety of personnel who are often exposed to dangerous situations. This case required the leader to act, in full knowledge of the associated risks, and also in spite of them. However, managing the protocol seems to have taken precedence over responding to an immediate and dire situation.

This leads me to my final thought, which is about Knowing when to break the rules. I believe rules are meant to serve us, not the other way around. They are put in place for a reason. However, they should never become sacrosanct. Times and situations change and sometimes rules become impediments. Of course, we will never know what might have happened if the military had responded differently to Burton Winters’ plight. But to me, it comes down to a matter of knowing when to throw out the rules and simply do what’s right.

What do you think?