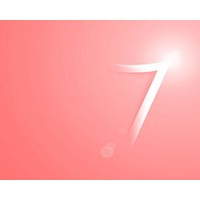 Stephen Covey, best known for his 1989 book “The 7 habits of Highly Effective People”, died on Monday, aged 79. According to a statement by his family, he died from complications after a bicycle accident in April.

Covey’s baby, ‘7 Habits’, has sold over 20 million copies in 38 languages, and was chosen as the most influential business book of the 20th century by Forbes. Despite the book’s success. Convey insisted that he did not “invent” the habits he described. They were universal principles. “Just common sense,” he said.

Covey was born in 1932 in Salt Lake City, Utah. Like many in the city, he was a practicing Morman. He studied business administration at the University of Utah, and went on to earn an MBA from Harvard and a doctorate from the Brigham Young University.

Covey distilled the lessons that successful people had learned over time as they worked their way to the top. His had a knack for summarising these insights into a simple guide that anyone can follow.

4         Think win-win – when you are negotiating, find a solution that the other side is also happy with

7         Sharpen the saw – get better at the first six habits, and improve yourself generally with exercise and nutrition, reading, planning and writing, service and empathy and commitment, study and meditation.

Millions say they were inspired by his book.

Covey went on to write 18 other titles. His output is considered to have started the self-help book genre. It also deeply influenced the way leaders understand their role, giving birth to another industry: leadership training.

When Forbes asked Covey the most important habit, he said it was the fifth: “Seek first to understand, then to be understood”.

Covey, in his life’s work, taught many aspiring businessmen how to achieve better success.

But the success he achieved revealed another lesson: a message that is easy to decipher is the one that will gain the most traction.