Liz Wiseman on leaders who multiply and those who diminish: Five ways to lead brilliant teams 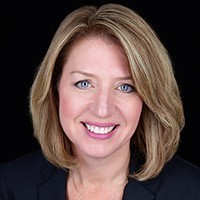 There are two types of leaders, according to author and researcher Liz Wiseman. Some leaders encourage intelligence and creativity in their employees, creating other leaders, while others “shut down the smarts of others and waste talent and intellect”.

Speaking at the Growth Faculty’s 2015 Growth Summit in Melbourne on Tuesday alongside Jim Collins and Verne Harnish, Wiseman said leaders who are able to get the best out of their teams are “multipliers”, while those that do the opposite are “diminishers”.

Named as one of the top 10 leadership thinkers in the world, Wiseman spent 17 years as an executive at software giant Oracle before switching to research and founding leadership research and development firm, the Wiseman Group. Among her recent clients are Apple, Nike, PayPal, Salesforce.com and Twitter.

Wiseman is also the author of Multipliers: How the Best Leaders Make Everyone Smarter and The Multiplier Effect: Tapping the Genius Inside Our Schools.

On Tuesday she offered 1500 entrepreneurs and business leaders insights from the research that informed both books.

In her research, Wiseman studied 150 leaders to determine what the role of a leader is in creating a brilliant team and the conditions under which people do their best work.

She found leaders who are “multipliers” use their own intelligence to “provoke knowledge, skills and capabilities in others” and “effectively double the power of their workforces”.

These leaders are not seeking to “multiply themselves”, but instead grow the intelligence of their teams.

Wiseman used the example of basketballer Magic Johnson, who she says made a decision as a young athlete to use his own talents to “make everyone on the team a better player”.

“It’s not that he played small … he raised the level of play around him,” Wiseman said.

She asked the audience to think about examples of “multipliers” in their own lives – people they worked for who brought out their best work – and then consider how much effort or brainpower they were willing to give this leader.

Wiseman’s research found people who work for “multipliers” give on average 95% of their intelligence to that leader and this was confirmed by responses from audience members, who said the “multipliers” in their careers listened to them, trusted them, valued their opinions and afforded them time and space to do their work.

She said “multipliers” are challengers, who “invite people to do hard things” and “stay in that space of tension” that forces people to push themselves and excel. They hand ownership to their workers and as a result “get almost all of people’s capabilities”.

“They believe people are smart and will figure it out,” she said.

But in comparison, the audience told Wiseman the “diminishers” in their careers bullied and criticised them, withheld information, and believed no one would be able to figure out a problem but them. As a consequence, people who work for “diminishers” typically only give 48% of their intellect to their work.

Wiseman says the “diminisher” in a company is not necessarily the brash, overbearing tyrant.

“A lot of diminishing is done by nice people, with good intentions,” said Wiseman, who said the key issue is leaders believing “no one is going to figure it out without me”.

“When we believe that our brain is central to the organisation, it can lead you down a path of diminishing,” she said.

According to Wiseman, there are “accidental diminishers” who fall into a number of categories.

There’s the “always-on guy” who can exhaust others around them with their constant energy, or the “rescuer” who doesn’t like to see other people struggle and so will always swoop in to help. There’s the “pace-setter” who leads by example but can sometimes leave others lagging behind, or the “rapid responder” who can make others feel inadequate because they are always the first to get something done. Even optimists who always say “we can do this” or “it’s not so hard” can set their colleagues or employees up for failure if something is actually really hard.

“Tempering those tendencies is hard,” Wiseman said. “Because aren’t those virtues? Things we sometimes hire for and prize?”

“But if you are [being a diminisher] you’re probably going to be the last person to know.”

However, Wiseman says there are five ways leaders can shift their behavior to avoid being a “diminisher” and instead, get the best out of your workers.

Wiseman said many leaders are comfortable when they have all the answers.

“It’s very tempting to operate in the mode when we have the expertise and we’re the boss,” she said.

Wiseman says in her experience, when she has asked questions of her team, people naturally find the answers.

“The ownership naturally shifts,” she said.

Wiseman gave the example of an executive she was coaching who she handed five poker chips to on his way into a day-long strategy meeting. Each chip represented one contribution he was allowed to make to the meeting – either a comment, question or moving the discussion on to a different topic – and each had a time limit for how long he was allowed to speak for.

“I’m in no way suggesting you go small, but know when it’s time to go small and time to be big,” she said.

Wiseman says everyone works better when they are in “rookie mode”. They are new to a situation or environment and they need to ask questions and seek advice to come up with innovative solutions to problems.

“If you know the pattern and have seen an answer before, you assume, you stop thinking,” she said.

“The more you know the less likely you are to learn.”

She said workers are “hungry for a challenge” and inviting them to do hard things is a “fast, easy way to drive satisfaction in your company”.

“Instead of just giving people things to do or parts of the business to manager, think about what is the maximum stretch this person is ready for and will pull them out of their comfort zone,” she said.

4. Let someone else lead

Sometimes being a leader means giving that leadership role to someone else, Wiseman said.

5. It’s OK to help – but remember to give the pen back

“When your team is struggling, it may be irresponsible not to help,” Wiseman said.

“But remember to give the pen back. Don’t take over.”