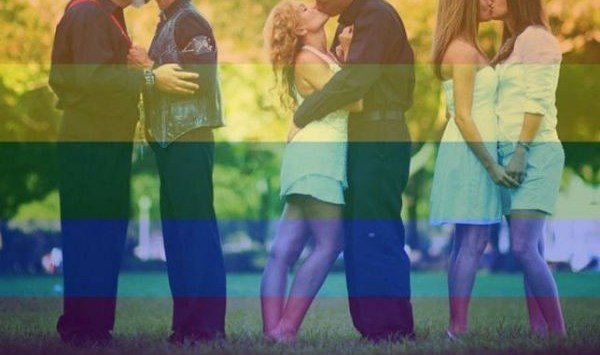 A wedding photographer in the US has had his business put squarely on the map, thanks to a Facebook post about marriage equality that has gone viral.

Following the US Supreme Court’s ruling to allow same-sex marriage at the end of last week, Florida-based photography Clinton Brentwood Lee changed the Facebook logo of his photography business, Brentwood Photography, to incorporate a multi-coloured gay pride flag as a sign of support for marriage equality.

While a large number of individual Facebook users did the same thing over the weekend, one of Brentwood Photography’s customers was upset by the business owner’s stance.

“We would like to inform you that we will NOT be using your services for out [sic] wedding,” said the Facebook user, in a post later shared by Brentwood Photography.

“My fiancé and I support traditional marriage between a man and a woman and don’t want … our money going to places that supports otherwise. Secondly I would like to inquire about how we can get our retainer back from you. Thank you.”

In response, Brentwood Lee told the customer he wasn’t disappointed in their comments because as it turns out, he doesn’t want to work with them either.

“It’s not that because you have a different view from us, but it’s because, since you don’t like and support gay marriage, no one else should be able to have it.”

“That’s like me not liking broccoli, and demanding that everyone else in the world should not have broccoli either!”

Brentwood Lee then went on to explain the contract the customer signed specified the deposit paid was non-refundable.

“So let me be the first to say … thank you very much for your donation and support for this great cause!”

The post has since gone viral, thanks to likes from more than 77,000 people and 13,738 shares. Follow-up posts from Brentwood Lee have also attracted support, including one on Monday explaining why he supports marriages of all forms, which has been liked by more than 8,800 people.

Brentwood Lee has also responded to further critical posts, showing he isn’t afraid to lose more customers over his beliefs.

“Wow, so glad I didn’t choose your company to do our wedding shoot,” said another user.

“Me too!”, replied Brentwood Lee.

Social media expert Catriona Pollard told SmartCompany Brentwood Lee’s posts have tapped into the “overwhelmingly positive sentiment” about marriage equality in the US and further afield and the outcome has clearly been positive for him and his business.

However, Pollard says Brentwood Lee is lucky that his own personal beliefs are the same as the majority.

“Had he made the same response but the overwhelming sentiments was against him, it would have been a completely different situation and it could have impacted on his business to the point of him losing it,” Pollard says.

While Pollard says she would have recommended responding to the individual customer offline and then posting a public statement on Facebook, she says Brentwood Lee has managed to help the virility of his first post along by continuing to respond to comments and post follow-up posts.

This is Pollard’s top tip for encouraging social media content to go viral, but she says it is important to understand community sentiment first.

“Get an idea about the sentiment and go with it,” she says.

If the initial response is positive, as was the case with Brentwood Lee’s post, Pollard says engaging with social media users will help the post reach a new audience. But if the response is negative, her advice is to “try to shut it down” as soon as possible by taking the conversation offline.

“When something goes viral, you can’t control it,” she says.

“[Brentwood Lee] was putting his business on the line essentially, although it may not have felt that way at the time because he was supporting something he believed in.”

“You have to go it from a place of authenticity otherwise people will see through it straight away.”

SmartCompany contacted Brentwood Photography but did not receive a response prior to publication.