Naomi Milgrom on the art of focus 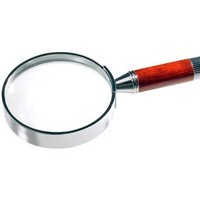 Rich List member Naomi Milgrom might be the owner of the Sussan Group and one of Australia’s top female entrepreneurs, but like all Australian retailers, she is battling some of the toughest economic conditions in decades.

Yet Milgrom has shown she can do well even in tougher times. In 2009-10, Sussan Group (which owns the Sussan and Sportsgirl chains) doubled its profit to $28 million although revenue growth was subdued.

In this interview conducted at the University of New South Wales, Milgrom shares some smart advice about the importance of staying focused on “on the tram tracks” as she says.

“I think it very easy to become unfocused,” she says.

“People tend to want to look at a lot of different things, it is very difficult to keep people focused, especially in retail where there is always something somebody wants to get excited about, whether it’s a new chain to compete against or a new line or product range.”

Milgrom says this focus needs to extend right to the shop floor, particularly in retail where missing a new trend or consumer behaviour can be deadly.

“It’s very important to be able to go into a store and look at the detail.”

Milgrom also explains that her biggest achievement has been turning around the Sportsgirl business,

“It gave me so much courage to do other things. When you buy a business that is completely broken…and when you build that business again it shows you that you can do things.

“It gave me an enormous amount of courage to do things I would never have done.”