Managing the message during retrenchments 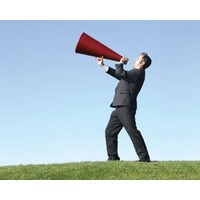 Redundancies are a fact of modern life; when markets change, economic cycles turn, and other strategies are exhausted, managers turn to retrenching staff. That cannot be helped.

But managers can control the message they convey during the process to retrenched workers, the remaining staff, to customers, shareholders, government and the general public.

According to media reports, Toyota’s approach the task was not textbook, with the company:

Magowan says culling their least productive workers is crucial if companies want to restore their future. “I don’t think the anger, the angst, is good for anyone. Let’s look at this as a reality of work, rather than the whole uproar over it.”

Marjorie Johnston, a corporate communications consultant and chief executive of Wordmakers, says successful communications strategies unfold in stages, starting with getting the internal message to staff.

“In the ideal world, you are not making announcements in a negative way,” she says. “You would have already briefed your employees on a new way of them being rated, and then that would flow out to external communications. Then, if you do have to retrench staff, it is not a surprise to them, and you can report to the market in a more efficient way.”

Retrenching staff in groups communicates a lack of respect, says Martin Nally, managing director of hranywhere. “Managers need to have individual conversations with employees in a situation where their questions are answered. You give coaching to managers and a script to follow, with questions and answers. This is often a major shock, and people need time to absorb it.”

Magowan prefers an individual approach but says groups might be more pragmatic with large numbers.

Choosing a time early in the day is also safer, Nally says. Allowing time for retrenched staff to speak to outplacement service providers, friends, family and colleagues, reduces the chances of them sinking into despair. “You don’t leave people alone to stew. You give them support, and a pack of information that they can read, digest and think about.”

Managers need to be honest about the situation that is causing the redundancies, but this should happen a long time before jobs are lost, Nally says. “If thinks are crook, you say let’s look at process improvements. It takes time and change management expertise and common sense. Unfortunately in difficult times, common sense is the thing that people fall down on.”

Retrenchments and performance issues should not be mixed, he says. “If the role is redundant, there is a legal obligation to ensure managers have explored opportunities for redeployment.”

In most cases, retrenched workers can depersonalise the situation by assuring themselves that it is their role that is no longer required, and it is not a matter of personal deficiencies.

However, if performance is an issue, affected staff must take an objective look at the issues raised, says Gillian Kelly, from Outplacement Australia. “Can you address these issues, or are there other jobs, areas or cultures where you might be a better fit?” she says. “That way you can make sure the next move is a positive one.”

Kelly says affected staff need to be patient with themselves, and recognise that there are a number of stages to go through before regaining a sense of control and making a positive move. “No one goes through it entirely the same way,” she says.

While acknowledging that the process is an awful one, Magowan says more often than not, the retrenched workers are happier in their new roles.  “If people are not performing, they are not happy,” Magowan says. “More often than not, there is a silver lining. You could be in the wrong job, the wrong environment. There are many reasons, and it is not always about skills. When you force someone, they are probably unhappy anyway, and generally – not always – they go on to something they are happier doing.”

Johnston says companies can always redress a communication bungle; even one that has ended up all over the media. “People do make mistakes, when perhaps they haven’t thought through the processes and reactions,” she says.

“There are always things you can do. One simple step is to review the message, talk about what has happened, what needs to be change and how to handle it in a better way. That, after all, is what public relations is all about.”