Reid Hoffman on the death of the career path 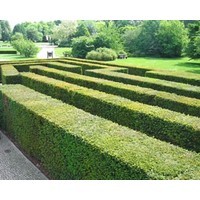 Is Reid Hoffman the smartest man in Silicon Valley? That’s a tough question, but he certainly has one of the best eyes for talent.

The venture capitalist has been involved in a staggering number of tech success stories as either a founder or a major investor, including PayPal, LinkedIn, Facebook, Zynga and Flickr.

Hoffman, who is valued at $US1.5 billion by Forbes, is also someone who thinks deeply about what separates successful entrepreneurs from the pack.

“It takes the same amount of blood, sweat and tears when you start a company, whether or not it’s fixed, vertical market or something large.”

But in this video, Hoffman examines the power of networks and why the education they provide can be the difference between success and failure.

He says when entrepreneurs ask who they should talk to, his tip is simple: “Anyone who can possibly give you good feedback.”

He says the faster you can build a strong network, the better your chances of taking your idea to the next level.

“The way you build a competitive advantage is not because you have an idea and other people don’t have. It’s because you’re in motion in it. You’re assembling the network around your idea. You’re getting the co-founders, the employees, and the potential customers. You’re moving and you’re adjusting by talking to the right people.”

Another interesting idea discussed by Hoffman in this video suggests that the trends of globalisation and rapid technology adoption means markets are so changing that even employees need to think entrepreneurial.

“Every individual needs to act more entrepreneurially. It doesn’t mean that everybody needs to start a company… but I think every career is entrepreneurial. Because the market is changing, what was a career path is no longer as straightforward.

“I don’t think there is any such thing as a career path. I think how you develop a skill set – a network, a set of skills and all the rest – will much more mirror how entrepreneurs work.”

It’s a fascinating idea. Would your employees have what it takes to embrace this model?