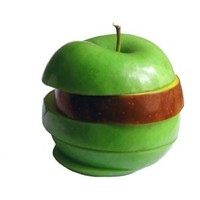 Men believing the gender diversity job has been “done” could be contributing to a slowdown in the rate of female leadership appointments, according to Equal Opportunity for Women in the Workplace director Helen Conway.

Although there’s another two months until the end of the year, senior appointment in 2012 are looking pretty dismal with just 36 women appointed to the ASX as of October 16. In the full 2011 year, 68 women were appointed, up from 56 in 2010.

Next month, Conway will release EOWA’s long-anticipated Australian Census of Women in Leadership, which will survey women in the ASX 500 for the first time. She’s previously hinted that the results are “not pretty”.

In a speech to be delivered at a Financial Services Institute of Australasia lunch today, Conway will point to recent data and workplace attitudes to call on businesses to do more for gender equality, and to support her agency’s impending legislation that will see the agency rebadged as the Workplace Gender Equality Agency, currently before the Senate.

Conway believes lax attitudes on gender diversity may have contributed to the stalled progress, and will today highlight a recent study of the financial services industry that found 64.2% of men surveyed believe women are well represented in the senior ranks, but 61.9% of women disagree.

The finance and insurance sector has a 32.7% gender pay gap according to EOWA, the highest in the country.

Companies need to adopt the ASX recommendations on diversity and set targets on the appointment of women to leadership positions, Conway will say today. These measures will drive growth in the female talent pipeline and bring about necessary cultural change to see gender equality as “business as usual”.