“It can be life-changing”: Why this CEO wants others to donate their old cars to people experiencing homelessness 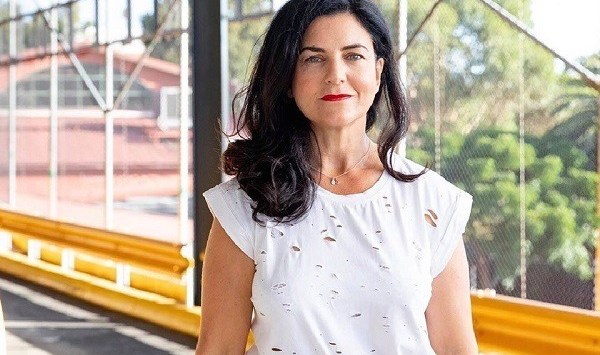 It was the middle of a cold, Melbourne winter when Marion Mays took her then eight-year-old son on a supermarket run. It was pouring rain and supplies for school lunches were on the agenda.

Mays and her son passed a woman sitting up against the supermarket wall, under shelter, but out in the rain and cold. Mays was in a rush to get home, but her son, innocent and unconditioned, was struck by the woman’s situation.

Back in their car, he asked Mays three questions.

“Will she be safe during the night all alone?”

“Where will she go to the toilet?”

“How will she stay warm?”

Mays, then a financial services executive, had other things on her mind and told him not to worry about it. But that night, as they pumped the heating and snuggled under the covers, Mays and her son couldn’t get the image of the woman out of their heads.

“My belief system around homelessness changed”

Being asked those three questions was a pivotal point for Mays and prompted her involvement in the Vinnies CEO Sleepout. It’s an event she’s taken part in since 2017, raising funds and awareness for those who are homeless.

“As I became involved with the St Vincent de Paul Society and I put my ignorance and subjective bias aside, and I started to actually learn and understand, my whole belief system around homelessness changed,” Mays told Women’s Agenda.

Up until that day with her son and his questions, Mays, a driven financial services executive, hadn’t given much thought to homelessness. And if she had, it was when she was walking down Collins Street in her power suit, and would think to herself, “Why don’t they just get a job and sort themselves out?”

Mays spent three decades in the financial services sector, before she decided to launch her own company five years ago. She’s now the chief executive of the Thalia Stanley Group, a specialised services firm with an emphasis on using professional mentorship to help build wealth.

She’s worked with hundreds of women in the area of financial literacy, and is passionate about helping women secure financial freedom.

Mays says there are many misconceptions about homelessness, and overcoming her own subjective bias was critical to understanding the issue. In her role as an ambassador for the St Vincent de Paul Society, she wants to champion the plight of women over 55 experiencing homelessness.

This year, the CEO Sleepout looked a little different due to COVID-19, with many participants choosing to sleep out in their backyard or on the couch.

Mays wanted to replicate the experience of many women experiencing homelessness in Australia, who often end up living and sleeping in their car.

“It was the first time my son participated in the CEO Sleepout and we did it together. We slept out in the car and it was a really difficult experience,” Mays says.

“I was physically more comfortable than previous years of sleeping out, but mentally and emotionally — it was quite distressing. Sleeping in a car with your kid, hearing every noise, worrying about your safety and having to get out by six in the morning so no-one sees you,” she said.

“It was quite distressing”

Although it was a confronting experience for Mays, she knew that sleeping in a car provided more protection than sleeping on the street. And so, she decided to donate her car to a woman who needed it more.

She called Vinnies and, through a case worker, was put in contact with a single mother with two young daughters. A victim of domestic abuse, the woman is also recovering from cancer and has a compromised immune system.

She needs to attend regular medical appointments, and is unable to catch public transport, especially during COVID-19, due to the serious health risks it poses for her. Having a car will be life-changing.

Mays hopes her story of donating her old car, rather than trading it in, might inspire other CEOs and executives to do the same. As she’s learnt first-hand, it can make all the difference.

“I wanted to share this story to lead a new movement. If CEOs and executives can donate their cars, rather than trade them in, especially during COVID-19, it can be life-changing.”

This is an edited version of an article first published by Women’s Agenda.