Yahoo and the business case for hiring pregnant women 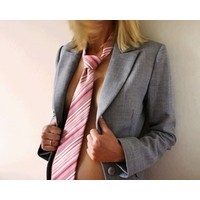 The public praise heaped upon the struggling Yahoo for hiring a pregnant Marissa Mayer as its new chief executive shows a covert acknowledgement that this form of bias against women remains alive and well.

Under the US Pregnancy Discrimination Act, it is unlawful to discriminate on the basis of pregnancy, childbirth, or related medical conditions in companies with 15 or more employees.

A popular US pregnancy website appeared to sum up many views on Mayer’s hiring when it asked its readers whether as employers they would hire a pregnant woman: the answers were on the whole negative.

Responses mostly viewed this action as being unprofitable – particularly assuming a business would incur expenses to recruit and train another employee in the woman’s absence or her non-return; others were concerned that hiring a pregnant woman might incur insurance claims if an injury occurred at work, or that the productivity of the woman might diminish due to physical changes during and after pregnancy.

Thankfully, it is evident that some companies don’t hire with a sole focus on monetary concerns, but also take into account the value of the talent, competencies and contribution the woman has made, her passion for the company and her role, her leadership and knowledge, and her potential in advancing the organisation.

These companies value women and are prepared to support their choice to have a child. This indeed is the ideal – when business contributes to the wellbeing of a woman employee in supporting her choices for fulfilment and in return benefits from her engagement and high performance.

Rice University professor Jennifer M. George, who specialises in the areas of management and psychology, writes that an “exchange relationship” normally entails employees contributing valuable inputs including their time for outcomes such as pay. In this context the value an employer places on a woman implies an exchange of trust, respect and willingness to appreciate the significance of who we are, beyond economic boundaries.

Globally, some companies are recognising the importance of programs to encourage women to return to work after taking maternity leave and to help women maintain a career.

Although only 15% of women hold directorships in UK’s FTSE 100 companies this year – and only 17% of these companies have female executive directors – there are some standouts.

At asset management company MITIE Group, for example, women comprise 22.2% of its board programs.

MITIE has put in place flexible working hours and a flexi?leave system, also enabling working from home and the option of compressing the working fortnight.

In Australia, the Commonwealth Bank of Australia was awarded the 2012 Catalyst for its gender diversity initiatives. Women’s representation in executive manager roles increased from 21% in 2005 to 30% in 2011; directorships also increased from 20% to 27%.

Women represent almost 45% of leaders in CBA. In addition, it was found that women’s engagement scores were above Gallup “world’s best practice levels” in three out of the last four years.

If CBA or any other company valuing women hired or promoted a woman who became pregnant, it would be unreasonable to think that it took this action to avoid being discriminatory.

The broader culture and organisational systems in being transparently aligned to valuing women would make such a decision an obvious outcome. If more companies acted like this, such news would not be ground-breaking news, but commonly expected and accepted.

It is important that valuing women does not stop when women become pregnant. This not only cripples the pipeline for talent, but makes little sense on a national scale.

Moreover, as 60.6% of women with children under three years old were in the US labour force in 2011, not hiring women who had family responsibilities and not supporting their leadership progression would be nationally unjustifiable on many fronts.

For those of us who use comparative lenses to evaluate how Mayer can afford to “have it all”, it would do us good to shift our focus onto being critical of companies which choose to not support their valuable female employees in the short-term.

The long-term benefits for supportive organisations are numerous, with women reciprocating this with their commitment to the organisation.

According to Catalyst 2009 report, researchers found that between 2005 and 2007, most working mothers in the US return to the workforce within a year after having a child.

Economist Heather Boushey for the Centre for Economic and Policy Research found in 2005 that women’s labour force participation rates did not fall due to the presence of children at home.

However, those organisations that toe rigid lines when mothers return to the workplace find that women choose to opt out. Catalyst attributed women leaving their employers due to the unresponsiveness of companies to support women’s work and life choices:

“There is a misunderstanding that women find it easy to leave their jobs to stay home with their children … we find that most women are conflicted about leaving their jobs and find it very difficult to do so. They have spent much time and money investing in their professional development, and their jobs are a large part of their ongoing personal and professional identification. If they do leave, often it is because employers are not making available or not making obvious a way to conceivably combine work with the rest of their lives.”

If organisations refuse to incorporate in their valuing of women an appreciation that women bear children and that their choice to do this and to care for them is a human right, isn’t economic rationalism flawed in overriding realism and the laws of nature?

Who or what is it really serving?