Could Mark Zuckerberg run for US President? 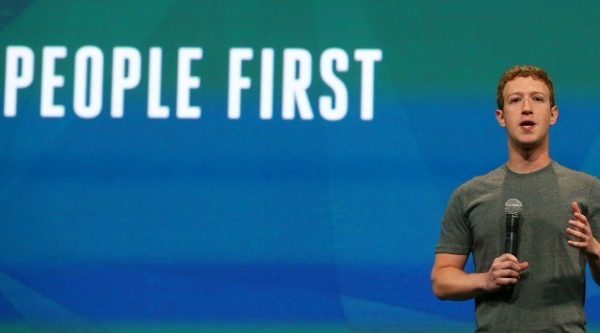 Billionaire Facebook founder Mark Zuckerberg wouldn’t be a ridiculous choice for the President of the United States, some say. After all, rumoured candidates for the 2020 election include other celebrities, like actor and ex-wrestler Dwayne “The Rock” Johnson, and rap superstar Kanye West.

Speculation about Zuckerberg’s political future has been circulating in US media since Wednesday, when he hired Barack Obama’s ex-campaign manager David Plouffe to be president of policy and advocacy at the Chan Zuckerberg Initiative, reports Bloomberg.

The Initiative will also be forming an advisory board, lead by George Bush’s 2004 campaign manager Kenneth Mehlman reports the New York Times.

The Chan Zuckerberg initiative is a philanthropic organisation established by Zuckerberg and his wife Priscilla Chan at the end of 2015. In an open letter to their daughter Max, the two said they would give 99% of their owned Facebook shares accumulated during their lives to “advance human potential and promote equality for all children in the next generation”.

Plouffe’s addition to Zuckerberg’s staff isn’t the only move the tech billionaire has recently made that have prompted speculation about politics. In a post on his Facebook profile, Zuckerberg took on the “personal challenge” to visit and meet people in every state of America over 2017.

“After a tumultuous last year, my hope for this challenge is to get out and talk to more people about how they’re living, working and thinking about the future,” Zuckerberg said.

“My work is about connecting the world and giving everyone a voice. I want to personally hear more of those voices this year.”

Zuckerberg has made no comment on rumours surrounding a future presidential run, but in the 21st century, commentators believe anything is possible. Before he becomes the leader of the free world, though, he might need to double check the security of his Twitter account.