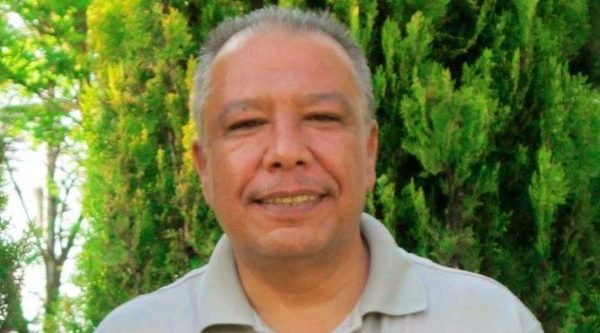 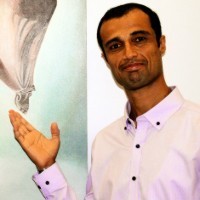 Many Australian small business owners will tell you how hard it can be to start a business in this country.

But what if you were not just contending with those everyday professional challenges. What if your networks and connections no longer existed, your previous skills were no longer recognised and you faced a language barrier, discrimination or trauma?

“Refugees are fleeing their homeland and many of them have traumas. They have to find a home, find their feet and find schools for their children,” says Violet Roumeliotis, chief executive of one of Australia’s only refugee business programs, Ignite.

“To deal with all of that at the same time as trying to start a business is extraordinary.”

While the debate around refugees in Australia tends to be dominated by legal and moral arguments, SmartCompany takes a closer look at the situation and finds the next generation of refugee entrepreneurs are taking their second chance with both hands.

Australia’s entrepreneurial spirit has often been understood to rely on courage, drive and resilience, so it may not be surprising that refugees make natural business leaders.

Immigration Department statistics from 2014 show newly arrived migrants and refugees are more likely to be self-employed or work for family businesses than Australian-born workers.

Indeed, according to the Multicultural Development Association, many refugees come from cultural backgrounds where independent business is the sole means of income, and upon arrival in Australia perceive self-employment as presenting fewer barriers than employment.

Australia has a long history of accepting refugees for resettlement, with over 750,000 refugees and displaced people having settled in Australia since 1945, including thousands of European refugees during and immediately after World War II and thousands of Vietnamese refugees in the 1970s after the Vietnam War.

Roumeliotis, whose Ignite program connects refugees to financial and marketing advice to get their enterprise off the ground, says some of the biggest barriers facing refugees who wish to start their own business are a lack of networks and having to learn a new language.

“They also don’t know the specific language around small business. They lack knowledge of the Australian regulatory market,” she says.

“Often they have qualifications, but they aren’t recognised here, or to convert their qualifications is very expensive. They can’t afford to study; they need to get a job straight away.”

The Multicultural Development Association lists additional barriers of lack of local workplace knowledge and experience, unfamiliarity with recruitment processes, and low levels of literacy and education.

“There is also gender issues. Many are single mums who’ve come out on their own, so it’s very hard to find affordable childcare for your children,” says Roumeliotis.

Raad Al-Seryani and Bassam Jabar are recently arrived Iraqi refugees, both of whom were successful artists and businessmen in their home country. They have just graduated from the Ignite program and have effectively launched Australian businesses.

Al-Seryani, who has been in Australia for just under a year, was a well-known film director, cinematographer and screenwriter in Iraq. Speaking through an interpreter, he told SmartCompany the most difficult challenge has been the language.

“When I am working I am familiar with all equipment, all aspects of filmmaking, it is just the communication that is the big barrier,” says Al-Seryani.

Establishing new networks is another challenge: “Iraqi people know me, but here I am new and I have to start again. Iraqi actors have seen my work, but for Australian people they don’t know me.”

Yet Al-Seryani says he has no complaints about the difficulties he faces, saying instead that he feels very lucky and appreciative of the Australian business landscape.

His business, Al-Seryani Creative, has now begun to produce videos and Roumeliotis says the entrepreneur is one of the 14 recent Ignite graduates on track to turn a profit.

Jabar, a young glass-etching artist who also has qualifications in agricultural science, is another of the graduates who has a profitable business, Bassam Glass Art. He agrees that a lack of contacts has been one of the biggest hurdles.

“Yes of course I found it difficult, I don’t know the regulations, because I’m in the first steps of being here, but of course I get a lot help from Australia.”

Despite the success of the Ignite program, Roumeliotis says it is under threat. Currently totally self-funded, Ignite has no government backing and will run out of cash in 18 months.

“We would like to get government support or corporate sponsorship,” says Roumeliotis, who urges Australian SME owners to consider becoming involved in the program.

“We would also welcome philanthropy very much – not only dollars would be great but mentoring, networking and contacts, any time business owners could spare.”

For Roumeliotis, the future outcomes of the service are endless: “I honestly do think we could find the next successful entrepreneur.”

“When I met some of those business owners, for example Raad, I thought, that’s extraordinary, he could make the next famous Australian film. [Refugees] are clever and really switched on people who really appreciate the gifts that living in Australia offers them and their families. Who knows what entrepreneurs and billionaires we have in there?”

For Al-Seryani and Jabar, their future plans – like any business owner – are purely for the success of their enterprise.

“I want to follow my dream,” says Al-Seryani. “When I work I feel I get a reward from the work as a director. This is my dream to make films here and have them compete with the rest of the world in festivals.”