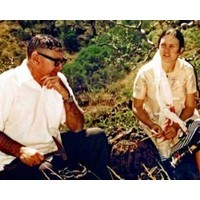 Gina Rinehart has declared herself a small businesswoman at the launch of her new book, Northern Australia and Then Some: Changes We Need to Make to Make Our Country Rich.

Most small businesspeople may not feel they have much in common with Australia’s richest person, whose wealth is estimated at $20 billion, but Rinehart assured small businesses that she was really one of them in a whirlwind tour of Australia yesterday.

The mining magnate distanced herself from multinational miners who, she said, were better able to deal with the regulation that surrounds the mining industry.

“BHP Billiton and Rio Tinto have floors of people working on these approvals [but] it is really hard for small and medium business,” she said at the launch.

Rinehart launched the book with events in Brisbane and Sydney, with a final cocktail party to be held in Melbourne tonight.

Unlike most book launches, which welcome the media in a bid to generate publicity for the book, the mining billionaire excluded all journalists from the launch – including Fairfax, News Limited and Private Media  – with the exception of Network Ten, which was granted access.

The launch was timed to coincide with the 60th anniversary of the flight made by Rinehart’s father Lang Hancock, when he was blown off course flying south from the Pilbara to Perth in his small Auster aircraft and came across the huge iron ore bodies which were later to make his fortune.

While there are still no copies of the book in sight, we’ve sifted through Rinehart’s speech launching the book to discover seven gems from Gina:

The mining magnate started Australians for Northern Development and Economic Vision with “concerned friends” in 2010 and part of the organisation’s mandate is to call for further development in northern Australia, a theme Rinehart expanded on at her book launch.

“Dad and I wanted to see the benefits of hospitals, weatherproof roads, good education facilities, communication and other facilities, most of us in cities don’t think much about, brought to the people of the north, through investment and business and development projects,” she said.

2. Put a stop to Australia’s debt

Rinehart warned the launch that the government needs to reign in Australia’s debts.

“Boy do we need to see this happening today, as our Federal Government keeps increasing our nation’s debts, and sadly our state governments adding to this burden, with far too little thought as to how we first create wealth and revenue, so there is something available to spend!,” she said.

3. Turn northern Australia into a food bowl for Australia’s neighbours

According to Rinehart, food production is the way of the future for Australia.

“I mention food because I see this is going to be a great need for the world, especially for our more populous friends or more increasingly populous neighbours, to our north,” she said.

“We need to make better use of our northern land by making water more available for it. We need to see, for instance, pipelines or channels carrying surplus water from the Kimberley put to use that is otherwise being wasted. But this takes money, and requires policies to make investment welcome.

Somewhat predictably, Rinehart believes further investment is needed in mining for Australia to prosper and the billionaire also expressed concern for the state of social services.

“The investment in our mining industry has been very positive for Australia, but we need to be doing more, if we want, as I do, more revenue for our defence, our police, our elderly, our hospitals, roads and infrastructure, and communication, to be able to repay our debts and enable sustainable job opportunities for existing and future generations,” she said.

This further investment will enable Australia to earn more revenue which, according to Gina, is crucial to enable more spending.

“We need to earn revenue before we can spend it. We need to focus more on the earning, not just the spending, and for this we need to have a good environment to make investment welcome,” she said.

6. Beware of turning into Greece, Spain or Portugal

Rinehart cautioned Australia is at risk of turning into flailing European economies Greece, Spain or Portugal.

“We don’t want to see Australia continue on a course with too many heads buried in the sand, critical investors discouraged by bad policies – even hated – too few understanding the problems, while Australia moves towards being another Greece, Spain or Portugal,” she said.

As a small businesswoman herself and the head of the little-known Small Business Association, Rinehart called for better policies for small businesses. She said her company will donate an annual prize to the SBA for the person who has done the most in Australia to promote or protect small business in Australia.

“To me, small business and the mining and related industries and other primary industries are the backbone of our great country, and critical to our country’s future,” she said.

“We need to create better policies for small businesses to prosper, reinvest and grow in Australia, and consequently make the contribution and create the opportunities Australia needs.”