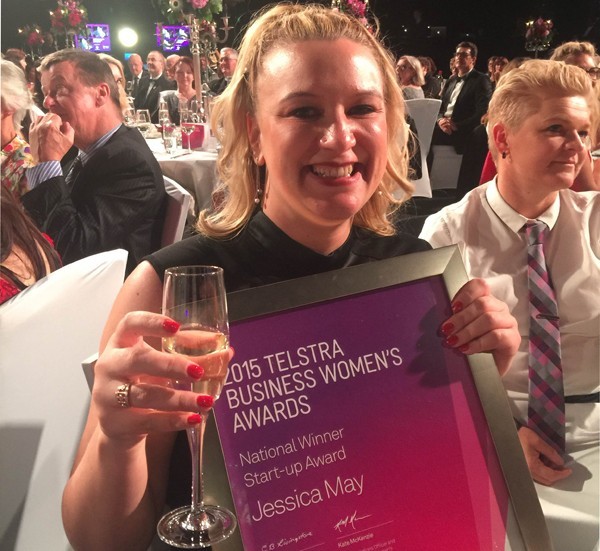 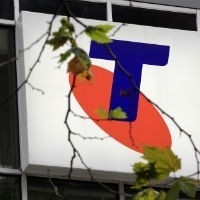 Enabled Employment founder Jessica May was crowned the national winner in the startup category at the Telstra Business Women’s Awards in Melbourne last night.

It is the first time a Canberra business has won a Telstra Business Women’s Award in its 21-year history, and May says she feels “very honoured”.

Her business, Enabled Employment, is an online jobs platform aimed at connecting employers with people living with a disability.

Through the business, May hopes to tackle Australia’s low disability employment rate and change people’s perceptions of workers with a disability.

She says despite what some people may think, people with a disability are more loyal and take less sick leave.

Australia ranks 21st out of 29 OECD countries when it comes to labour force participation for people with disabilities.

The former public servant also runs a sister site dedicated to helping veterans return to work, which was launched by former prime minister Tony Abbott back in April.

Enabled Employment has been around for about a year and has so far filled 100 jobs, snapping up partnerships with PwC and Uber along the way.

Speaking to SmartCompany this morning, May said she is amazed at how quickly her business has grown.

“I remember a year ago saying if we get just 100 jobs I think we’d be doing awesome,” May says.

“Now I’m able to pay myself. But when we launched the business we did say, ‘why has no one done this before? It’s a no-brainer’, so I think that has a lot to do with its success. It should have always been here.”

May says she is “living the dream” now that she is working for herself.

“Starting this was a massive risk and I put everything on the line,” she says.

“It’s all about sacrifice. But my mental health is now 10 times better. Doing what you love is great. It’s great to get out of bed every morning and have a purpose.”

As for her advice for other budding entrepreneurs, May says the most important thing is to just “go out and do it”.

“You can always get another job,” she says.

“And the job you’re going to get after that is always going to be better because of your experience. I’ve had a richer [thanks to starting the business].”

Captain Mona Shindy, a cultural advisor to the Royal Australian Navy, took out the 2015 Telstra Australia Business Woman of the Year at last night’s awards.