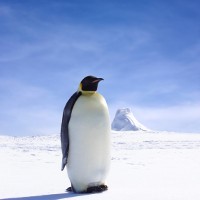 More than 100 Australian entrepreneurs and business leaders will travel to Antarctica early next year for an intensive program with a difference.

The 11-day venture is aimed at inspiring innovation and collaboration in an isolated environment away from the traditional working space.

Julio De Laffitte, founder and chief executive of wealth management firm JDL Strategies, is organising and self-funding the event. He hopes the trip will be “a think-tank on steroids”.

“There are a ton of opportunities coming at us and we seem to be stuck in uncertainty,” De Laffitte told SmartCompany.

“Disruptive technology just keeps coming and coming and other countries are investing in this like no tomorrow. But we Australians are starting to get left behind.”

The 46-year-old entrepreneur has invested $1.2 million of his own money to charter a four star cruiser from Chile to Antarctica in January 2015. Almost 50 entrepreneurs have already agreed to take part.

It may sound like a publicity stunt or a scene from the movies, but De Laffitte says the event is all about fostering an entrepreneurial spirit.

“There seems to be a lot of activity [in the Australian entrepreneurial space] but that activity is not really translating to activity on the ground,” he says.

“The idea is to take people out of their comfort zone – out of their environment – and really start to look at it from a perspective of innovation.”

De Laffitte says he wants to bring together entrepreneurs and business leaders – young and old – because at the moment he feels as though different generations of Australians are not speaking to one another enough.

“Australia ought to become the hub of innovation in this corner of the planet,” he says.

“Business leaders need to rise up; governments need to adjust red tape; and young people in Australia need to know for themselves that they do live in the best country in the world and that the possibility of success is much higher than failure.”

De Laffitte says his own life is an example of how much potential exists in Australia.

“I got here 26 years ago, couldn’t speak a word of English, I didn’t know anyone,” he says. “So basically this moment is a moment of me giving back and really causing the future to happen.”