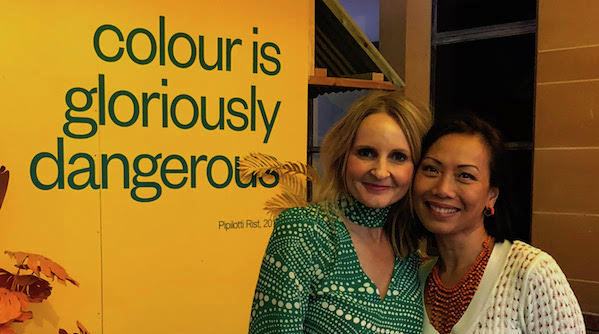 Meet Dai Le and Felicity Menzies: two women determined to shake up the fact our leadership circles in business don’t look anything like the general community.

My family fled Communist Vietnam at the end of the war in April 1975. Hundreds and thousands of families like ours were uprooted, without warning, without knowledge and were forced to flee our birthplace.

I remember I had to scramble up one of these boats. I didn’t know what was happening. I was just a young child, but I remember seeing the chaos, the cries and the screams. I remember standing on the over-crowded deck of that boat and thinking, will I ever see my house, my relatives and my home again?

We survived the boat journeys, and four years living in refugees camps. We were given the opportunity to rebuild our lives in this wonderful country that I now called ‘home’, Australia.

Australia boasts one of the most culturally diverse societies in the world. We have a population that is drawn from more than 300 ancestries and is visible in everyday life. This is why Australia is often lauded by its political leaders and commentators as one of the most successful and harmonious multicultural nations in the world.

While there is much truth to that statement considering all of Australia’s successes made in the context of its diverse population, this confident veneer also disguises an inconvenient truth.

As soon as one views the leadership circles of many major institutions in Australia, the rich tapestry of cultures and ethnicities of representation suddenly disappears.

Instead, the leaders of Australia continue to be dominated by people, mostly men, of Anglo-Celtic background.

The Australian Human Rights Commission identifies that no more than five percent of leaders across Australian businesses, politics, government and civil society are people from non-Anglo-Celtic or European background. This contradiction is notably acute in Australia’s most public and visible institutions: politics and the media.

DAWN was born as a result of my frustrations in observing the lack of diverse leadership representations across our private and public institutions. We champion, advocate and collaborate with organisations and businesses to provide them with tools, insights and pathways on their diversity and inclusion journey.

When I founded DAWN in January 2014, I was determined that people like me would have the opportunity to develop, grow and contribute meaningfully to our decision making process in Australia, and internationally. I have often said that Australia undersold and underestimated the ability of our culturally diverse talent to contribute to the world stage when it comes to economic, social and political discourse.

In that four years, DAWN has made so much noise through our culturally diverse leadership conversations — challenging the notion of ‘leadership’ and what it takes to lead, or the style required to lead, many organisations and thought leaders are now shining a light on the issue.

But I’m most excited about DAWNs next evolution as we partner with absolutely fabulous thought leaders, and innovative businesses who want to disrupt and challenge the status quo when it comes to our ‘leadership’ discourse.

DAWN will be partnering with Felicity Menzies of Include-Empower.Com on the culturally diverse leadership mentoring program. We might be treading on ‘gender identity politics’ with these initiatives, but I believe it’s through targeting the issue that we could work on solutions to change or transform the problem.

Help SmartCompany celebrate International Women’s Day by nominating a woman you inspires you in your career.

My background is very different to Dai’s, yet we have arrived at the same place — determined to improve Australia’s corporate and political leadership.

My journey with diversity and inclusion has roots back to my childhood. My parents and educators’ values of respect and social justice are at the core of my work today. But it was not until I relocated to Singapore in 2007 in the role of head of private bank for Westpac, that I developed a professional interest in leadership diversity, and later, an awareness of Australia’s lack thereof.

Leading a multinational team serving an international client base presented new challenges for me. Having been socialised in a political environment that endorsed cultural assimilation, I held an implicit assumption that cultural differences were inconsequential. My cultural blindness tripped me up on many occasions and it was a difficult first year for me, professionally and personally, but the challenges I struggled with prompted me to search for answers and eventually led me to Dai.

Partly to better understand why I had found the move to Singapore difficult, I completed a second degree in psychology in 2012 and a blindfold lifted from my consciousness. For the first time, I came to understand the profound affect of culture on the way we think and behave. Simultaneously, I learned that our brains are hard-wired to categorise people into homogenous groups or stereotypes and that these implicit schemas bias our responses to others.

The interplay of culture and leadership is profound. People from different cultures think, feel and behave differently. This diversity of thought is a competitive advantage for business.

Cultural diversity is most likely to involve differences in perspectives, knowledge and experience necessary for optimal information-processing, risk-assessment, decision-making and innovation; and for understanding the needs and concerns of different consumer segments and diverse stakeholders — including shareholders, suppliers and regulators — at home and across borders.

To capture this outperformance, organisations must create an environment that develops and promotes culturally diverse talent.

But Australia is failing in this challenge, as the research shows. About 28% of our population is born overseas, with another 20% having an overseas-born parent. Thirty-two percent of the Australian population have a non-Anglo-Celtic background.

However, such cultural diversity is not proportionately represented within the senior leadership of our organisations or government. Less than 5% of ASX 200 chief executives and less than 4% of members of federal parliament are non-European, and only 2% of our MP’s are Indigenous.

None of Australia’s top 200 listed companies have an Indigenous chief executive.

Dai and I are committed to addressing the barriers that are preventing individuals from non-European backgrounds achieving leadership positions in Australia. By doing so, we strengthen Australia’s ability to innovate and compete in an increasingly complex and rapidly changing global business environment.

Often we resist change. But as Darwin said, we must adapt. Or perish.