Message from CEOs to CFOs: Get out of finance if you want the top job 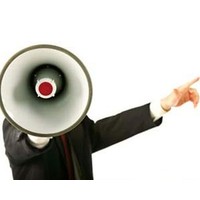 Look at the shortlisted candidates for a CEO role, and there’s likely to be a head of finance among them.

The path from finance to overall leadership is well-trodden. After all, CFOs are big contributors to the success of an organisation, they often have experience dealing with investors and analysts, and work closely with the CEO. A recent LeadingCompany analysis of the ASX100 found 16% of CEOs had held a CFO role immediately before their promotion. Despite this, and the fact that CFOs are well regarded by headhunters and boards, finance roles aren’t enough to prepare executives for the top job, some of Australia’s leading CEOs told recruitment company, Korn/Ferry.

The recruiter yesterday released a report on how CFOs can make the transition to CEO role. It was based on interviews with some of the leaders of Australia’s largest companies who themselves have successfully managed the shift, including Newcrest Mining’s Greg Robinson, Land Lease’s Steve McCann, and GPT Group’s Michael Cameron.

The report’s author, Michael Keevy, told LeadingCompany many of the CEOs and directors he interviewed said the CFO role on its own wasn’t enough to prepare them for the top job.

Many moved into operational or head-of-division roles before being promoted. Some of them made a conscious decision to broaden their experience, and some of them were coaxed into such roles by their boards.

Keevy says many boards demand broad experience before promoting a CFO to a CEO role. Being a divisional head gave the CEOs in the report experience managing teams and dealing with customers and suppliers. “At the end of the day, all these things are only a number to the CFO,” Keevy says. This is what prompts the need for broader experience.

Many of the CEOs and directors he interviewed were surprised by what the CEO role actually entailed once they got it, says Keevy.

“These were very experienced people we spoke to,” he said. “Some of them had been in senior finance functions for say, 20 years before they became CEO.

“But when they became the CEO, they were surprised by the amount of people management and strategic leadership that was involved.

The huge level of scrutiny they were subject to, once they were promoted to the top job, was another aspect many of those interviewed noted.

Chairman and director David Spence told Keevy this could be daunting.

“Every single person knows you and is watching you. The focus on you is quite scary,” he said. “As a CFO I had lunch at my desk but as CEO you are sending a message if you do that. Implicit signals get taken up.”

A strategic checklist: How finance heads can position themselves for the top job

Korn/Ferry asked those interviewed for the report for some advice to CFOs who want to move on to bigger things. Here’s some of what they said:

The full report can be viewed here (pdf).