Michaela Healey: Making it through the middle ranks 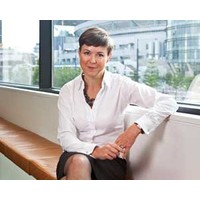 There was a time when Michaela Healey would never have believed she could reach the senior executive ranks of the National Australia Bank. She recently told LeadingCompany how she came to rise through the executive ranks, to be identified as a talented leader, how she goes about identifying talent among those who report to her. “I swore I would never work for a bank,” Healey says.

A lawyer by training, Healey is the corporate secretary for NAB, leading a 250-strong governance and legal team across New York, London, Hong Kong and Australia. She is responsible for NAB’s continuous improvement program, Kaizen, and a member of the executive team.

Her job is to ensure impeccable communication between the board and the executive of the bank, particularly its chairman, Michael Chaney, and its CEO, Cameron Clyne.

As dry as it sounds, corporate governance has a special meaning at NAB, where an implosion of the board and breakdown of its relationship with the executive in 2004 destroyed more shareholder value than any other business blunder … and there have been a few. Healey says: “My key interactions are in the dynamic between the chair and the CEO. I report to the board of directors, and if you look back at NAB’s history and the board combusting as it did in 2004, the relationship between the board and the executive is particularly important.”

Healey’s job is to ensure the board has access to all relevant information. “It is to really ensure that they get what I call a “scratch and sniff” experience: the ability to really understand what is going on in the organisation, so we don’t end up with a misalignment between what is going on and what they board are seeing and hearing.”

Healey was appointed in 2006, by which time the board was being reincarnated under Chaney’s leadership. After several years in private legal practice, Healey shifted to corporate roles, working in legal and company secretary positions at mining company, Northern, and at Rio Tinto, and at chemical company, Orica.

She was corporate affairs manager at Orica when the share price tanked after it was floated from its parent, ICI. “It was an interesting time to be managing reputation,” she recalls.

Healey vividly recalls her first board meeting at Orica. At the end of it, the CEO, the chair and CFO had all been sacked. It was a lesson in the transitory nature of corporate status.

“Having been through a hostile takeover really influences your thinking about companies – they do not necessarily exist for ever. The important thing is not getting your own personal identify mixed up with your job title. Titles can disappear overnight.”

It was an important lesson for an ambitious executive whose job it is to guard the integrity of the company she works for. “I have always had an element of independence. I never want to be in position where my personal integrity could be compromised by what a company was doing; so highly financially or personally indebted to the company that I can’t leave.”

But Healey’s approach is not to stand aside from the activities of business; she attributes her rise through the ranks to her willingness to roll up her sleeves and get the job done, whatever that might be. “I have always just focused on doing the best job that I can in whatever job I am doing at the time,” she says.