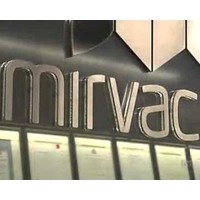 Pressure on embattled Mirvac chairman James MacKenzie has eased after the company announced that incoming Mirvac CEO Susan Lloyd-Hurwitz could begin her role in November.

A precise date has not been set, but previously Mirvac has said she would taking on the role before the end of the year.

The Australian Financial Review reported “senior sources” as saying that Lloyd-Hurwitz, currently managing director of LaSalle Investment Management Europe in London, would take on the role some six to eight weeks earlier than first anticipated.

Outgoing CEO Nick Collishaw is due to officially step down on October 31, although he has been taking direction from the Mirvac board since his departure was announced in mid-August.

MacKenzie has also been boosted by a public backing from the Mirvac board, with independent directors standing behind him and dismissing concerns expressed by a group of institutional investors headed by Maxim Asset Management.

Maxim Asset Management had written to the Mirvac board expressing concern at MacKenzie’s handling of the surprise departure of Collishaw, who guided Mirvac through the aftermath of the GFC, and calling for a boardroom spill, including that MacKenzie step down.

The fund manager also questioned whether a leadership void had been created by the announcement of Collishaw’s departure but no firm date for Lloyd-Hurwitz to take the reins.

In an email response to Maxim and seen by The Australian, Mirvac director and chairman of its human resources committee Peter Hawkins said the board was comfortable that the market had been fully informed with regard to Collishaw’s departure and replacement and that “the events of the past few weeks and the actions of the chairman were fully endorsed by the board of directors”.

In response to investor concerns over MacKenzie’s unwillingness to discuss more fully the reasons behind the replacement of Collishaw with Lloyd-Hurwitz, Hawkins said it would have been inappropriate to discuss a change of CEO at great length at a profits results announcement.

Lloyd-Hurwitz, a graduate of Sydney University, has previously held roles at Lend Lease and Macquarie Group and has been managing director of LaSalle Investment Management Europe since March 2010.