Looking to boost your charisma levels? Make sure you don’t go too far with charm 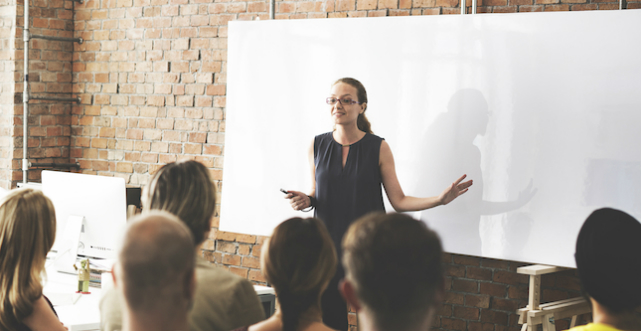 “Charismatic” and “leader” are two words often found next to each other, but leaders could do well to keep in mind that charm might not necessarily mean effective leadership.

Is it possible for leaders to have too much charisma for their own good?

According to research outlined in the Harvard Business Review, it could be best to keep those charisma levels in check.

Researchers, Jasmine Vergauwe, Bart Wille, Joeri Hofmans, Robert B. Kaiser and Filip De Fruyt write that their “research shows that while having at least a moderate level of charisma is important, having too much may hinder a leader’s effectiveness”.

The researchers conducted three studies involving 800 business leaders occupying different managerial levels from around the world, along with around 7,500 of their superiors, peers and subordinates. The first part of the research sought to establish a measurement for charismatic personality.

They found that more charismatic leaders score high on four personality tendencies: being bold, colourful, mischievous and imaginative, and this was “reflected in their high self-confidence, dramatic flair, readiness to test the limits and expansive visionary thinking”.

What leaders and their subordinates think

“Consistent with our expectations, we found that as charisma increased, so did perceived effectiveness – but only up to a certain point,” the researchers write.

“As charisma scores continued to increase beyond the 60th percentile, which is just above the average score relative to the general population of working adults, perceived effectiveness started to decline.

“This trend was consistent across the three observer groups (subordinates, peers and supervisors).”

Additionally, the research shows that more charismatic leaders rating their effectiveness more highly. In line with other research, it is suggested “demonstrating that leaders with high self-esteem typically overrate their performance on a variety of criteria”.

How do charismatic leaders behave?

Delving deeper into specific leader behaviours, as part of their third study the researchers “found that highly charismatic leaders were perceived to engage in more strategic behaviour and less operational behaviour”.

The researchers found that while highly charismatic leaders may be strategically ambitious, “this comes at the expense of getting day-to-day work activities executed in a proper manner, which can hurt perceived effectiveness”.

Meanwhile, leaders with lower levels of charisma were found to be less effective due to a lack of strategic behaviour.

“In sum, we found support for the idea that a leader can be too charismatic,” the researchers write.

“Our findings suggest that highly charismatic leaders are perceived to be less effective, not for interpersonal reasons like self-centredness, but for business-related reasons that specifically relate to a lack of operational leader behaviour.”