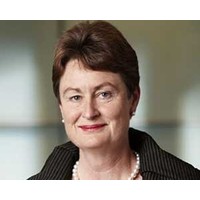 The status of women on boards hasn’t shifted much since Catherine Livingstone successfully floated Cochlear for $127 million some 17 years ago. But now the Telstra chairman?—?the title sits fine with her?—?is leading the charge to bridge the boardroom gender divide.

When Catherine Livingstone successfully floated bionic ear manufacturer Cochlear on the ASX for $127 million 17 years ago, the issue of women on boards was barely a glint in corporate Australia’s eye.

It took until 2004 before the ugly truth emerged about the dearth of women directors (an embarrassing 8%)?—?and by that time Livingstone had quit her CEO post and was four years into a non-executive appointment on the male-dominated Telstra board.

Gender’s an issue the ferocious former accountant’s now running hard with?—?and the ramifications are potentially much more powerful than any change wrought by her big directorships at the national telco (which she chairs), Macquarie Bank or WorleyParsons.

Combined with sentinel events such as Julia Gillard’s misogyny speech, Livingstone?—?and activist directors like her?—?could finally begin to hack down the phallus squad that dominates boardrooms, and by proxy the country. That’s a real and lasting top-down power change at least the equal of a 4G smartphone.

Once derided in some quarters as a boring bureaucrat, Livingstone, now 57, successfully scaled the slippery pole with sheer persistence in a sciencey field not usually accommodating of ambitious women. Her triumph at Cochlear was parlayed into gigs at Rural Press, Goodman Fielder, the CSIRO, Gerard Henderson’s Sydney Institute and a spot on the federal government’s innovation review.

She ranks 57th on the Optimice Market Capitalisation Influence Index, overseeing $66 billion in shareholder value, and is 46th on the MCII connectedness index with $500 billion in wealth at arm’s length.

Much of that heft comes from Australia’s sixth-biggest company in Telstra, boasting a huge $48 billion market cap and a share price that’s surged 40% in the past year. The stock closed yesterday at $4.28?—?30% higher than when Livingstone took over as chair from Liberal Party-linked ex-chairman Donald McGauchie in May 2009.

With $11 billion flowing into its coffers from the federal government to pull down its copper wires and plug customers into the national broadband network, these are salad days for shareholders?—?at the AGM in October, 1.5 million champagne corks popped when she strode to the podium and announced they would receive their 28 cent dividend and that it would increase over time.

Part of the credit, of course, lies with Livingstone’s CEO David Thodey?—?who took out the No. 1 spot on The Power Index’s Business Bosses list earlier this year. It’s a far cry from the dark days of headkickers such as Sol Trujillo and his pitbull media spokesperson Phil Burgess, who tried to blame everyone but themselves as confidence in Australia’s biggest retail float fell through the floor.

At Macquarie the picture has been less pretty post-GFC and the end of the vaunted Macquarie Model, while WorleyParsons?—?a multinational engineering giant that boasts 44,000 employees in 44 continues?—?continues to impress off the back of the resources boom.