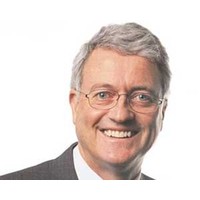 Michael Chaney faces a boardroom test today from NAB shareholders. But the Big Four chairman (and Woodside Petroleum director) has an impressive career behind him building Wesfarmers into the corporate powerhouse it is today. He’s a flag-bearer of propriety to those who know him.

It won’t end in tears?—?the institutions will play ball and re-elect “Mr Perfect” as chair?—?but for the first time in a long time there will be questions to answer for the man they call “St Michael” when the doors swing open at the People’s Bank AGM in Perth. Anything less than full confidence would represent a savage slapdown for the proud product of an overachieving WA family who famously transformed Wesfarmers from a rural services firm into a diversified sharemarket darling.

The numbers seem grim: since Chaney took over at NAB in 2005, the share price has fallen by one fifth; it now finds itself fourth out of the Big Four on market capitalisation.

Chaney, now 62, ranks at No. 31 on the Optimice Market Capitalisation Influence Index, overseeing a combined company value of $86 billion. He’s No. 9 on the MCII influence index, putting him one handshake away from a bulbous $1.05 trillion dollars in shareholder wealth.

He boasts an impressive resume?—?he’s the chair of two other boards: LNP giant Woodside Petroleum and private corporate advisory Gresham Partners?—?and is also a director of influential right-wing think-tank the Centre for Independent Studies and chancellor of the University of Western Australia. And, for a decade, he was a director at BHP. By most accounts he’s the closest corporate Australia has to a leader, a flag-bearer of propriety.

The measured former petroleum geologist told The Power Index that if power equated to influence, “naturally if you’re on a larger board you have more influence over larger issues. Certainly the chair is more involved and is more influential than an influential director, just by the nature of the position.”

But it’s not just boardroom influence?—?ideas have always coursed through the Chaney household. He’s the son of Menzies government minister Sir Fred Chaney and the brother of former Liberal Party deputy leader Fred Chaney Jr (a WA senator and member for the federal seat of Pearce). Another brother, John, is a WA Supreme Court Judge.

Chaney chaired the Business Council of Australia between 2005 and 2007 and continues to serve on the board of the Centre for Independent Studies, a BHP-funded think-tank that believes in, among other things, slashing company tax to 25% and ending “wasteful” social welfare. During the Howard years its scorched earth policies provided the ideological underpinning for WorkChoices.