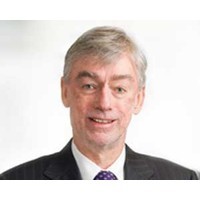 Lindsay Maxsted is indirectly responsible for some $200 billion in ASX wealth. With powerful connections at the top end of town, and an enviable resume of corporate achievements, nobody knows capital like the chairman of Westpac, BHP and Transurban.

Occupy Wall Street banged on about it. Karl Marx theorised about it. At the University of Wollongong there’s even a research centre for it. If we adopt the premise that capital is power, then there shouldn’t be any hesitation in anointing Lindsay Maxsted Australia’s standard bearer of boardroom influence.

The former corporate workout specialist came in at No. 1 on the Optimice Market Capitalisation Influence Index with more than $200 billion (about 16% of the total ASX) sitting under his wing thanks to directorships of two of Australia’s five biggest companies:?BHP Billiton and Westpac, the latter of which he chairs.

Crucially, he’s also the 15th-most-connected director on the MCII with $8.7 trillion dollars flowing from his first degree contacts across those two and his second ASX chair at tollroad goliath Transurban. In fact, in some ways the 58-year-old Maxsted is capital, overseeing it with a fine tooth comb as a KPMG cadet and then pumping the stuff into flailing firms as the same company’s CEO 30 years later.

“He’s just fastidious … the reason he’s valued is he pores over numbers until he can engineer the required outcome,” one leading proxy adviser told The Power Index.

Just like his executive glory days, the Collins Street office of his boutique private advisory firm Align Capital continues to hum with the mantra that all can be solved if debt and equity is shunted in the right direction. The Australian Shareholders’ Association agrees Maxsted is “highly influential” and say it’s his oversight of three major economic pillars of banking, mining and infrastructure that mark him out.

But his chairmanship of the country’s second-biggest bank with a hulking market cap of $79 billion is crucial. Compiling this list The Power Index has been careful to emphasise the role of the Big Four, with a combined value now exceeding eurozone counterparts. New research released this week shows 53% of each bank is owned by the same small number of institutional investors.

Westpac’s profit was $6 billion last financial year out of a total Big Four take of $22.8 billion?—?CEO Gail Kelly took a pay cut but still walked away with $9.3 million. The coalface decisions may rest with Kelly but it’s Maxsted who looks at the bigger picture, deciding where capital flows and ultimately if Australian businesses and consumers sink or swim.

Maxsted, a keen punter, is from the old school, an era when employees would give their loyalty and a large chunk of their lives to a big firm, content it would be able to provide for them. Starting as a pimply KPMG cadet and finishing as a stubbly CEO sounds these days like a warped fairytale.