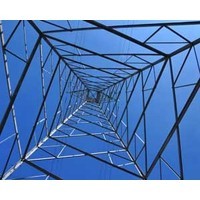 Robert Millner flies under the radar of corporate Australia. But with tentacles in many key markets, his family-backed conglomerate of interests and chairmanships makes him one of the most influential directors in Australian business. And a target of shareholder fury.

Rob Millner’s sprawling $3.3 billion ASX empire stretches from chemists to coal, shares to stockfeed and phones to pharmaceuticals. But most Australians haven’t heard of him.

Indeed, the secret billionaire’s interlocking, family-dominated web of corporate entities?—?some of which own each other?—?worm their way into most areas of domestic life.

Since getting the call-up to the family fiefdom from father Jim (who got the call from his uncle Fred), the rugby fan has kept Washington H Soul Pattinson, aka Soul Patts, mostly in-house, leading to all sorts of outrage over perceived conflicts?—?cousin Michael Millner, brother-in-law David Wills, cousin’s husband Peter Robinson and (until October) son Thomas Millner all serve on the investment conglomerate’s board.

While ranking well down the Optimice Market Capitalisation Influence Index at No. 205 and at No. 461 on the MCII boardroom connectedness index (see a graphical representation below), the Millner’s real power lies in the amount of on and off market capital he controls. It’s a big basket of goodies.

CGI Glass Lewis director of research Aaron Bertinetti told The Power Index the shadowy Newington College old boy “doesn’t nearly get enough attention”. ”His interests completely dwarf Kerry Stokes and just the listed ones have a market cap about double that of Packer’s Crown. In fact if you bundled them all up they’d sit somewhere in the lower half of the ASX20,” he said.

Dubbed “Australia’s Berkshire Hathaway”, Soul Patts’ orbit extends to a further eight listed companies, three of which Millner personally chairs and another three he directs. For a time, he even had a personal media arm through his control of Nine regional affiliate NBN. And for a feather in the cap throw in chair of Sydney Rugby Union.

The listed structure was a deliberate choice; to build his power Millner leveraged sharemarket liquidity to parlay profits into a hive of related investment funds and entities. It’s those shrewd decisions that have built the wealth of the companies?—?and the family?—?with Soul Patts’ revenue topping $1 billion. The family controls about 10%, or $300 million, but also marshals significant private shareholdings.

Notionally a pharmacy brand, Patts’ main function is actually as an investment house, with the majority of revenue sourced from stock picking and strategic stakes. For example, Soul Patts owns fully 60% of New Hope mining and 44% of Brickworks (which owns, in turn, 43% of Soul Patts). But it also holds significant piles of ASX blue chips like BHP Billiton, Telstra and the Commonwealth Bank.

Read the rest of the article at our sister site, Crikey. Register here (free for a trial period).