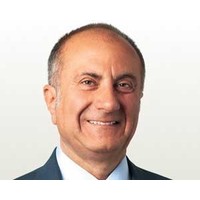 The Big Australia may be diminished, but its chairman is still a titan in the business world. Jac Nasser, who earns about $1 million a year to steer BHP Billiton’s boardroom, is described as a good foil to other directors and a CEO now under increasing pressure.

For six months last year, and for most of the two years before that, BHP Billiton was arguably set to become the biggest company in the world.

Tracking a steady ascent since the merger of its two parts a decade ago, what used to be known as the Big Australian was conceivably just one more tech crash away from leapfrogging Apple and Microsoft and nudging ExxonMobile for global market cap bragging rights.

It’s since dropped out of the worldwide top 10 as the iron ore price, and its share price, dovetailed.

But for as long as the planet’s coal and steel addiction continues, the $185 billion titan?—?by far the world’s biggest miner?—?will remain dominant. And so will the man at its helm, former RMIT business student and Melbourne nightclub promoter Jac Nasser, who took the reins as chairman from long-time mentor Don Argus in early 2010.

Argus told The Power Index that the fastidious Lebanese-born, Arabic speaker’s “intellect, loyalty and experience” are the characteristics that thrust him from the junior ranks at Ford’s Broadmeadows plant in 1968 to the Detroit-based global CEO of the same company 30 years later. His main driver was a compulsion to follow tough decisions through to their logical conclusion.

“Jac follows up on things and he never lets things drift, he does that pretty relentlessly … probably the thing that I like about him is that he’s got good judgment and that’s been consistent throughout his whole career,” Argus said.

From his Michigan home (and regularly from his desk at BHP’s Lonsdale Street office in Melbourne), Nasser gazes out over a vast operation stretching across 16 countries and five continents.

Chairing BHP is a full-time job, for which he’s handsomely compensated over $1 million each year in cash and stock. Until earlier this month he also squeezed in time for a spot on James Murdoch’s BSkyB board (he declined to stand again) and he remains an adviser to JPMorgan Chase’s private equity business (for which he worked after Ford) and German financial services giant Allianz.

He sits pretty at No. 18 on the Optimice Market Capitalisation Influence Index and at No. 17 on the MCII connectedness index due solely to BHP Billiton’s influence.

And the gig’s certainly no picnic. Australian Shareholders’ Association CEO Vas Kolesnikoff told The Power Index that “he has his work cut out as chairman of one of the largest diversified mining conglomerates globally. Then, he has been well respected through his global CEO role at Ford. I’d say his hands are full with BHP though.”