Mr 94%: Why iiNet director, Simon Hackett, is loved by his customers 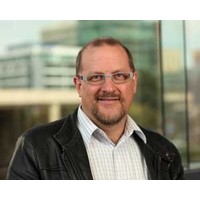 Last week at midnight, a user posted a whinge on the popular broadband forum, Whirlpool. User 80XER5ANTAR05 was railing at his internet service provider [ISP], Internode, for allegedly slowing down the speed of his connection.

By 9am the next day, his post had been replied to personally by Simon Hackett, the founder of Internode, which is now a division of the telecommunications company and ISP, iiNet.

Hackett explained to the complainer that his internet wasn’t being slowed deliberately, and gave him some suggestions on how to fix the problem. He linked him to the Internode customer feedback email address.

“Have you contacted Internode support? If not, can you please do so … we can help you!” wrote Hackett.

Some might wonder if this is a productive use of a leader’s time. But consumer ratings suggest customers appreciate it. In 2011, a Roy Morgan survey of ISP customer satisfaction found that Internode had a 94% satisfaction rating. By comparison, the biggest provider, Telstra, has a rating of 72%.

The only other ISP rating more than 80% was iiNet, which bought Internode at the beginning of this year. Hackett remained on the executive team of Internode until August, and then stepped down and took up a role as director of iiNet, working closely with the founder and CEO, Michael Malone.

Hackett’s response to user 80XER5ANTAR05 is typical of his leadership style: he takes a personal interest in customers, staff and executives.

Hackett believes that if you provide your existing customers with quality service, word of mouth will take care of bringing in the new ones.

Hackett describes his model of customer service as a virtuous circle of engagement. “It’s been Internode’s marketing strategy for as long as I can remember,” he says. “If someone hops on a public forum and complains about you, they’re not trying to damage you; they just want [their problem] fixed. If you fix it early, you gain a massive supporter. If you don’t, they go further against you.”

This approach has served Hackett and Internode well. “There’s an enormous credibility I’ve gained over time by being engaged at that frontline level,” he says. “It’s an incredibly powerful mechanism to understand who our customers are.”

Hackett has been involved with the internet in Australia from the start. A self-described lover of technology, he graduated from the University of Adelaide in 1986 with a bachelor’s degree in mathematics and computer science.