Muesli queen reveals how she won businesswoman of the year gong 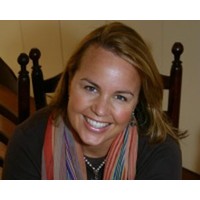 Carolyn Creswell, the owner of Carman’s Fine Foods, was crowned Telstra Australian Business Woman of the Year at an awards ceremony this week.

As an 18-year-old, Creswell bought a Melbourne muesli company with a friend for $2,000. Her business now turns over about $50 million a year.

She now employs 130 staff and has grown Carman’s into a multinational brand exporting to 32 countries.

The awards judges described Creswell as a hands-on leader with strong business skills in a competitive sector.

“She’s an articulate communicator, an inspiration to women of all ages and she’s also passionate about being a great mum,” said Kate McKenzie, Telstra group managing director for innovation, products and marketing.

Creswell says she was genuinely surprised to win the award and had been up since 5am for media commitments surviving on adrenaline, a bit of caffeine and, of course, a muesli bar.

“It has been an incredible experience. You are in a room of the most diverse people. I can understand people might say ‘You run a good business’, but there are people saving lives: the head of the police force, and one of the winners even tows broken down navy boats at sea. I was shocked to think that they judged me the best.”

Creswell attributes her success with Carman’s to staying focused on the big picture.

“I think you need to be organised, get the clutter out of your life so you can focus on strategy and risk,” she says.

“I would try and get out of some of the operational detail so you can protect your business to a certain extent and push it forward as aggressively as you can to the next level if that’s what you want to do.”

As a mother of four children, for Creswell, winning the award is an opportunity to spread the message about Carman’s and also to advocate for a more non-judgemental approach to working mothers.

“The award gives the power of being able to get the message and the name out there so more are aware of Carman’s. It is a great advantage,” she says.

She says she has a great work-life balance but has to work at it and be conscious of the decisions she makes every day juggling being a mum and a business woman.

“Being a great mum is at the essence of what motivates me and that challenge is very possible, but lots of institutions make it hard to do it and there is a lot of guilt about mothers being able to do it.”

Creswell says she is currently in a business group made up of 78 men and two women – herself and Boost Juice founder Janine Allis.

“When my daughters grow up I hope that the gender equality will be greater,” she says.

She says it is not the norm in Australia to be a working mother and a lot of money is spent educating females who then stop work once they have kids.

“Look at France, over there it is fine and no one looks at you twice but if you work full-time here people obviously feel a bit sorry for you,” she says.

“I am all for pro-choice. I am not saying that every woman needs to work but if we do we need to be supported.”

Creswell has lots of new plans for Carman’s and is in the process of releasing a new range of products along with securing new export clients.

In the UK, the brand is being trialled in supermarket giant Tesco and Creswell says Prince Charles and Camilla told her she should get the brand stocked in upmarket supermarket Waitrose.

In the United States, Carman’s is now stocked in Amazon and Wholefoods and Creswell is currently “refreshing” its packaging to make it more appealing to the US market.

“Personally, I have just signed to be the host of a TV food show in Australia, helping people take their home recipes and get them on the shelves at Woolworths,” Creswell says.

The show is called Recipe to Riches and will be screened on Channel 10.