Multi-millionaire Jan Cameron turns her back on retirement 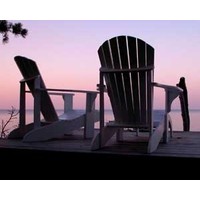 Jan Cameron has just joined the distinguished ranks of an elite group of business leaders: those who have tried – and failed – to retire.

Cameron has just taken the reins as leader of a business she bought out of administration, Retail Adventures, after her second chief executive in less than two years stepped down.

It is a decision that will spur other leaders considering how, when and why to make a successful transition to retirement, on the one hand; or on the other: when it is necessary to resume the yoke.

He recently became active again as acting CEO after having stepped back into an “executive chairman” role when private equity company, Ellerston Capital, bought into the DealsDirect.

“There are only two reasons that you go back into business after you retire,” he says. “One is that you love it, and can’t give it up, which we must all respect. Another is when your business needs you, and I think Jan might be answering the second call.” (LeadingCompany requested an interview with Cameron, who was unavailable.)

There are other reasons. They include:

But RDS seems an unlikely trigger for Cameron, who is fairly media shy, happy with a reclusive life in Tasmania, and passionately involved in and busy with environmental causes.

Cameron is there because she needs to be. She is the sole owner of the discount retailer, Retail Adventure, which she bought in 2008 for $70 million. It owns brands including Crazy Clark’s, Go-Lo, Chickenfeed and Sam’s Warehouse. She has invested another $17 million into Retail Adventures as she resumes the leader’s role, The Australian reports. The chain employs 7000 people, has 320 outlets and an estimated turnover of a billion dollars.

These company’s brands were built on the zeal and personality of their founders, Greenberg points out. “There is a mantra in retail that the owner-operator has the ‘juice’. That is very valuable. If you think about the origins of Retail Adventures, they were all owner-operated a decade ago. Maybe Jan is going back to the root of the source of their success and injecting some owner’s zeal.”

The transition from owner-operator to professional management is a difficult one. “Sometimes the corporate approach doesn’t pay,” Greenberg admits. “The [idea] that good entrepreneurs know when to step aside; when to hand over the reins to a professional manager.

“But I think Steve Jobs’ return to Apple is the biggest example of a company’s need for the founder’s zeal: let’s grab the reins and bring back the passion.”

Cameron has admitted in the past to loving a challenge, and the opportunity to return to the frontline of business, even if “just for a day”.

However, while the owner can inject the intangible “juice” to fire up a business, every company needs a succession plan or it risks becoming too dependent on a “key man”.

Greenberg says his executive and staff are enjoying his return, but he believes a factor in their enthusiasm is his limited term: the few months the company needs to find a new CEO.

A successful retirement involves a firm resolve to step aside and hand over control, Greenberg says – and he cannot wait to get back to it.

“The trick is stepping back. You put in good people and good management, set a clear vision and find people who are aligned. But that has to be reciprocated by letting them take control.”

Failure to retire is a particular fault of those who become masters of their craft. In Cameron’s case, as the founder of outdoor goods retailer, Kathmandu, she became admired to the point of worship for her skill as a retailer.

She built the business up in the classic entrepreneurial way. First, she made sleeping bags in her bedroom, then started her first business, Alp Sports, surviving several brushes with bankruptcy and then selling it in 1987, moments before the sharemarket tanked.

She did it again with Kathmandu, making outdoor gear from specialist waterproof fabrics that she sourced at a discount and selling at prices up to 20% below rivals. When private equity deals reached fever pitch in 2006, Cameron sold Kathmandu for about $200 million.

Cameron retreated to Tasmania, where she lives in relative isolation, pursuing her passion for the environment as only a BRW Rich List member can do: buy up the bastards (metaphorically speaking) and close ‘em down. Witness the deal last year to buy a native forest woodchip mill, Triabunna, for $10 million with fellow rich-lister and founder of Wotif, Graeme Wood, as a partner, with plans to keep it running for a while so the locals can get other jobs, and then close it down to save the forest from further logging.