Musical chairs at Transfield as Goode bows out 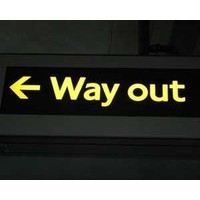 It’s been a bad few years for the construction industry, not least at Transfield Services.

The construction and maintenance company, founded in 1956 by Franco Belgiorno-Nettis, has been battered by poor conditions in America (where most of its international business is based), the continued slowdown in Australian construction and unfavourable weather conditions this year.

But the news was overshadowed by the departure of Peter Goode, its CEO for the past three-and-a-half years (if that seems short, it’s actually the average length of time atop an ASX100 company, a recent Goldman Saches report found).

Goode will take up a job with as a partner with Arle Capital Partners, a private equity firm, in October.

His replacement for now is Graeme Hunt, formerly a non-executive director at Transfield. He joined the company in May. He was previously a divisional president at BHP Billiton for a decade, as well as the chief executive of Lihir Gold.

Transfield appears to have known of Goode’s departure for some time.

In August, the Australian Financial Review reported Tranfield had hired headhunters Egon Zehnder to search for a director for its North American businesses, raising speculation it might also be looking for a new CEO. At the time, chairman Tony Shepherd said a replacement for Goode was not on the agenda “at the moment”.

“Peter has successfully led Transfield Services through a period of significant change,” Shepherd said in a statement today.

“Over the past three-and-a-half years, he has designed and directed a strategy that has seen Transfield Services expand into key growth sectors.”

Shepherd said today he expected the strategy to continue under a new CEO.

Goode isn’t the only leader at Transfield to bow out in recent times. Two weeks ago, Luca and Guido Belgiorno-Nettis, the two sons of the company’s founder, announced they were stepping down from the company’s board. Their 11% shareholding will continue to be represented by Roy McKelvie, the chief executive of their private investment company.