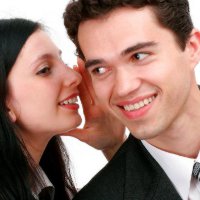 They’re prosperous, intelligent and tech savvy. They dress well, have an air of confidence and foresight that makes others jealous, but even the most successful entrepreneurs have secrets.

They’ve made mistakes, spent too much money and hired people they shouldn’t. They’ve got tricks to make their businesses look bigger, have forsaken their staff over their customers and have had failed ventures before finding their winning idea.

SmartCompany spoke to 10 successful entrepreneurs about their biggest business secrets.

I pretended my business was bigger and invented whole departments

Attracting clients to a new business can be tough when there are more experienced, larger competitors in the field.

Naturally, some business owners try to inflate the size of their company when starting out.

Elle Belle Recruitment founder Linda Lewin didn’t have an office when starting out, but that didn’t stop her pretending.

“It (the business) was started in the spare bedroom in our apartment at the time, and we did everything such as the interviewing in coffee shops, that made it look like we were bigger than we were – all of the illusion,” she says.

While still in the planning stage of establishing her company, Lewin built her client base through the White Pages.

“It was my planning stage, so I couldn’t say anything to anyone. It was purely just building a data base… getting all the cold leads and cold calling done over six months.”

Entrepreneurs and small business owners are well-accustomed to doing everything in the business, but that’s not necessarily what you want your clients to know.

“We did a few things to make our business look bigger than it really was. For the first 18 months I was the accounts team, but I commonly used comments like ‘please call our accounts team,’ or ‘our accounts team will get back to you’,” InfoReady founder Tristan Sternson says.

“Sometimes on the phone I would say, ‘sorry about the dog barking in the background – one of my staff has that sound as a ring tone’. That is because for the first six months our business cards had a blue chip Collins Street address on it, but we actually worked from my house. Corporate accommodation was my spare bedroom, and the dog barking was actually was my dog Fonzy.”

I bought my own product

InfoReady now has a legitimate Collins Street address, but Sternson didn’t get there without saving money.

“To save on costs we flew cheap flights from Avalon in Melbourne. It saved us on both parking and flights costs for the whole first year,” he says.

For up-and-coming fashion retailers it can be hard to resist buying your own clothes and accessories, a problem Net-a-Porter co-founder and now consultant and non-executive director Megan Quinn encountered.

“I managed to get myself on the top 50 clients of Net-a-Porter during the first year of business, not once but twice (by sneakily using two email addresses),” she says.

“My accountant would suggest that I was basically paying to be at the company…but I prefer to think that it was a stoic example of being willing to buy what we sold!”

I created an impressive but confusing logo

Prior to co-founding NAP Quinn had started a cleaning company called Partners in Grime. Launching a company in England during the 1991 recession was a bold move, but a clever logo helped her attract customers.

“I designed an insignia logo for the uniforms and corporate identity that featured the letters C.I.N.T.G. under the Dragnet style badge. My clients assumed that it stood for some international cleaning body, when in fact it stood for “Cleanliness is next to Godliness”,” she says.

“I dare say those five letters opened a lot of doors initially.”

It was my way or the highway

In 1990 Kate Costello started her own consulting firm Governance Matters, but it took her a few years to realise she didn’t always know best.

“I always used to think I knew the way to do something. Coming from a background in law, I was used to thinking in black and white and critiquing what people were saying,” she says.

“I used to think my way was always the way to do it and it took me forever to learn to actually shut up and listen. I used to think my ideas were the best, but in reality if the market doesn’t want them, who cares.”

In Australia’s entrepreneurial climate failure is often hard to accept, but co-founder of app development company Imagine Team Zakaria Bouguettaya discovered you can learn from failure.

“We launched an app ‘LifeGym’, an app that rewarded women that went to the gym. Users earned points for checking in at the gym, and when they earned enough points, they got to choose rewards that we would send to them,” he says.

“We didn’t have any women working on the project and very quickly found out that we didn’t understand women as well as we thought we did, and that the awards we were giving failed to motivate our users. In fact, we found almost half our users were men looking for free stuff! We shut down the app later that week.”