My first year as an entrepreneur: How I’ve failed, what I’ve learnt, and where I’m going 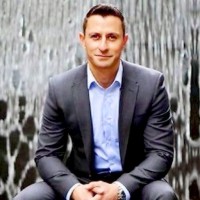 It’s been little over a year since I had started HotDesk (Australia’s shared office space booking platform) and LinkedIn made sure my connections knew about it.

Having long been an advocate of Stephen Covey’s classic The Seven Habits of Highly Effective People, I decided it was time to pay extra attention to the third habit, which stresses putting first things first. This means taking the time to focus on what’s important, not only on what’s urgent.

So here it is, my tell-all about the journey so far and what the future holds for HotDesk.

Like many things in business, what we start often morphs into something else. In this case, what I had intended to be a bullet-point list of learnings and reflection ended up as a table with probing questions looking to get to the heart of the matter and provide actionable insights.

I would hesitate to call the assessment scientific. It essentially boils down tough ‘big picture’ questions being asked and answered truthfully. I’ve taken the results and put them into a digestible article but you are free to download a copy of the full table here for your reference.

In order to get the most out of this article, some high-level understanding of the HotDesk business model is required.

We essentially allow operators of shared office spaces, co-working spaces and serviced offices to advertise their spaces for free on our platform. In exchange we take a 10% commission of successful placements booked through our platform.

For the past six months we have also branched out into providing targeted marketing services for a fee – part of the ongoing reinvention of HotDesk. However, the focus of this assessment is on the core business model of 10% commission. Easy.

Is the current model sustainable?

While the model is facilitating a number of enquiries, bookings and generating revenue, the current model appears unsustainable in the long term.

Be honest and look towards metrics, including: how long you’ve been in business; what your CPA (cost per customer acquisition) and LTV (lifetime value per customer) look like; how much revenue you’ve generated so far against cost; trends (are numbers growing, declining or just stagnating); what the general market consensus and feedback is; and your experiences and observations of customer interactions with your product.

Why is it unsustainable?

The business model is not sticky.

Stickiness is a concept that was popularised in Eric Ries’ The Lean Startup. It refers to the difficulty in securing customer retention and repeat usage – ongoing revenue is the lifeblood of most businesses.

Why is the business model not sticky?

Short of becoming a quasi-real estate agent and taking a physical hands-on approach to the business – which is not the goal for an online business like HotDesk and something that I am not personally interested in – this model, in a market as small as Australia, simply does not make sense.

Could I have identified the lack of stickiness earlier?

As a student of the lean startup, I took a number of steps to validate assumptions early on, before I had spent little more than several hundred dollars on the initial beta. They appeared, on the surface, to indicate that there was a sustainable market for HotDesk’s core offering.

So, I decided to revisit those assumptions and determine where things went wrong…

1. Be very explicit when assessing the processes supporting your assumptions and think carefully about the risks presented.

a) User searches for “Co-working Melbourne”;

Risk: User will not use the HotDesk platform to book space.

Determine how big this risk is and whether safeguards can be put in place to mitigate against the risk without compromising profit targets.

The above assessment, if carried out effectively, may have helped to identify problems with the model earlier on in the journey.

2. Think critically about market-validating analogues (e.g. the Sony Walkman is the analogue to the Apple iPod).

What differences exist between the two products? Are these differences key to the analogue’s success or just characteristics?

Do they present risks to our products’ success or serve to prove wrong our assumptions?

In HotDesk’s case there are three analogues that best illustrate this.

They own their space; they sell memberships, they cater for upmarket; their offices are mostly private; they have a consistent offering; and they sell add-ons like virtual offices and hospitality services and they are located globally and in most developed cities.

Could this have helped to identify the stickiness issue earlier? Yes.

Another great example in this case is Airbnb. Seems like almost every startup is ‘the Airbnb for something’ these days. But the analogy is flawed and dangerous.

Airbnb is successful because it caters to high volume, short term, travel related bookings of residential homes for which there is a huge mainstream market on both the supply and demand side. It also now has first mover advantage and truckloads of capital at its disposal.

Could this have helped to identify the stickiness issue earlier? Maybe – early on, the belief was that there is sustainable demand for short-term bookings, similar to AirBnB, however thinking critically about the nature of AirBnB’s customers as opposed to HotDesk’s may have revealed what we now know.

Finally, be careful when taking foreign analogues as an indication of potential for success in your market. LiquidSpace earned its reputation in the United States, initially as a meeting room booking system. The USA has a population of 313 million people, 264 cities with over 100,000 people and a huge community of entrepreneurs, startups, investors, developers, and advisers from coast to coast.

This community makes up a truly mobile workforce that needs flexible, short term space and is behaviourally open to and comfortable with the concept of casually sharing office space with other businesses.

This is a far cry from Australia where most business is done in Sydney or Melbourne and there are only 16 cities with a population of more than 100,000 people.

3. Be specific when using Google’s keyword tool to try to validate assumptions and gauge market size

In our case, maybe we could have granulated things a bit further and used terms like “short term Melbourne office” or “book office by hour”. These are just some examples, there are many more things we could have tried.

4. Getting mainstream press is great but it doesn’t validate your business model

Getting the exposure is great. You’ll see your website traffic spike (momentarily), doors to potential investors and strategic partners will be opened and hey, you may suddenly appear way more attractive to the opposite sex. But one thing the exposure won’t do is validate your business model.

There is a marked difference between insightful, genuine and nice. Take what people with little association to your business or industry say with a grain of salt. Their niceties don’t serve to validate what you’re doing.

When HotDesk started, I’m proud to say that the concept was relatively green. There are now many players on the market these days such as LiquidSpace, ShareDesk, Desks Near Me, Coworkify, Desk Union and numerous others, along with non-pure play platforms such as Gumtree the government-backed Creative Spaces.

Feedback I have personally received from many shared office space operators indicates that most of their referrals come through Gumtree and word of mouth.

The larger your team the more people you have to bring real business insights to your startup. When you deal with contractors they are mostly concerned with their fee for service and don’t care too much about the business, nor do they see the full picture to even be in a position to develop valuable insights.

Think landing pages supported with an Adwords campaign to collect sign-ups, surveys distributed to your target market, and reaching out to potential strategic partners before launching the business.

Ultimately, it’s about not wasting your time, money and talents on the wrong idea.

Small wins are great for a startup that is yet to see real traction but they can be dangerous too and often serve to validate your incorrect assumptions and keep you moving forward whilst focusing on the wrong idea. Sometimes a small shift in business model or a pivot may lead to much bigger and more sustainable wins elsewhere. If you take nothing else out of this piece than this, then I’ve done my job.

The journey continues, only, in a different direction…

Steve Glaveski is a former management consultant, turned writer and entrepreneur. He founded HotDesk in 2013.