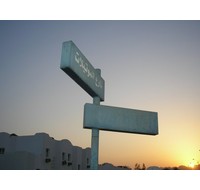 There’s not a leader who doesn’t understand how important customer service is. But it’s expensive to implement, and difficult to measure. And it may not yield quick results.

Department store Myer (ASX: MYR), which today announced an expected but nonetheless significant 19.8% fall in profits for the six months ending January 28, has put customer service at the heart of its efforts to deal with its poor performance. If successful, its strategy will offer lessons for other leaders grappling with this tricky area.

Myer announced a net profit of $88.04 million. Not only is this a fall compared with the corresponding period, but the group also recorded a fall in total sales of 1.7%.

CEO Bernie Brookes is expecting significant investments he has made to start bringing a return in the some parts of the business in the second half of the year, but affirmed that the full-year sales would, at best, be flat on 2011.

Myer, along with all Australian brick-and-mortar retailers, is facing a sustained and likely permanent shift in consumer spending habits, particularly towards online shopping, that is wreaking havoc on its bottom line.

And Brian Walker, managing director of Retail Doctor Group, says Myer has been under pressure for years over flaws in its customer service.

He says the company has taken a strategic view to fixing the problem. “It’s a very broad and integrated solution,” he says.

Brookes cannot afford to wait to see if the storm passes. He is looking beyond the negative figures, and setting a new course for Myer with a long-term strategy.

Myer is spending $13 million dollars on improving customer service. That equates to about 450,000 additional staff hours over the past six months.

Brookes says the department store is investing in training, rewards and recognition for its staff. It’s offsetting these costs somewhat in other parts of its business, but the retailer’s cash costs of doing business were up 3.2%.

Myer is also getting its national brand suppliers to pay for staff to work within Myer selling their brands. Most additional staff are working in the clothing and cosmetics sections, in particular in the fitting rooms.

The retailer is measuring the impact. Customer feedback was 76.6% up on the previous period, and customer compliments were 161% higher.

“The positive customer and team member response to over 450,000 extra hours, improved product knowledge and training has certainly been encouraging,” Brooks said in a statement.

“It’s about improving their store layouts, their signage, managing the number of checkpoints, their rewards and training of staff, and also taking on broad consumer feedback,” he says.

Myer is at an important point in its strategic plan, one that sees it injecting money into the business to see benefits in the long-term, he adds.

“When you look at the retail smarts that are in there, [Brookes] is looking at pricing architecture, brand relevance – things like that – and all that doesn’t bring a return quickly.”

While investing in its customer experience, Myer is doing other things to cut costs. It has slowed its store growth, for one. Brooks says the group is likely to peak at about 75 rather than 80 stores in the next few years.

It’s also established two direct sourcing offices in Hong Kong and Shanghai which will become operational in the second half of the year.

Myer is spending on products that return the best profits, and cutting out the poor performers.

The retailer is expanding its range of key apparel brands, many of them exclusively sold in its stores. Pushing these brands is another key growth target for Myer, with Brookes admitting this morning that many customers are not sufficiently aware the clothes stocked by Myer are exclusively available there.

Meanwhile, it has removed or limited the floor space given to underperforming segments (such as electronics and whitegoods) in its stores.

Its loyalty program is another part of its strategy. There are currently five million Australians signed up to Myer’s loyalty program, MyerOne. It is currently getting rid of duplicates in the database to make it more useful, Brookes says.

Brookes says many customers currently look at clothes online before going in-store to buy them, but he expects more will buy the clothes online in the future.

“If you look at major overseas retailers … their percentage of e-commerce runs from 8 to 20%. Let’s assume we’re going to follow that trend,” he said.