Nicola Roxon: Women can have demanding jobs, but don’t have to have them forever 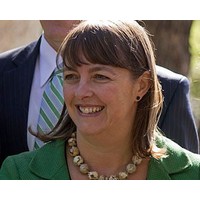 Having just announced a big change in my life – after 15 years I’m going to scale back my working life for a while – I’ve been asked to share a bit about what this means for working women. Is it a good or a bad message?

I can tell you, I got a total buzz out of being a member of parliament.

I loved identifying a problem in the community and the challenge of finding a solution to it. I excelled in trying to negotiate outcomes. I stepped up to explaining entrenched government systems, and complex policies, through speeches and in the media.

And I would swell with pride when a new Labor initiative was implemented and made a difference to the community.

I loved hearing constituents praise the new GP hotline available through the night when a child is sick, or workers discuss their relief at the stronger protections in the workplace. It was a joy to talk to principals at local schools who couldn’t contain their glee over their new science lab, after hoping for one for years.

To any women wondering if they should take the plunge into politics it is important to know this undeniable fact: the job satisfaction is sky-high when you believe – when you know – that what you are delivering matters so much to so many people. Your daily work shapes the nation and can provide comfort, support, relief or inspiration for millions of Australians – whether it is pay equity for some of the lowest-paid women in the country or a big win against tobacco companies in the High Court.

The causes our Labor government has pursued – our shared mission – have helped sustain me through a lot of hard slog.

The introduction of the National Paid Parental Leave Scheme, including Dad and Partner Pay is one example delivering support for families and giving them choice where before there may have been none.

When we won government in 2007, I was the first female senior cabinet minister to have a very young child (aged two). And although this was hard, the truth is, for me, I really did thrive on making this work.

I welcomed the intellectual challenge and the political challenges. And I loved being super organised so I could plough through a mountain of health reform work and negotiations. Every extra hour worked in Canberra meant some more free time back in Melbourne. Every early draft of a speech or media release provided by my team reduced the last-minute rush. Each dinner invitation declined meant more of Sunday free with the family, rather than catching up on work.

I even loved the weekend cook-up so the family had decent food during the weeks I was away!

Yet none of this could’ve worked without so many other things coming together and so many people supporting me, from my steadfastly supportive husband, an amazing mother, helpful sisters, whip-smart staff and the income to employ a nanny to help us provide consistency and security for our daughter.

As I reflect on this super busy time, I sometimes wonder how easy it was for my staff and how it worked for them. It’s sometimes easier to manage and juggle all the balls in the air when you are the boss and in the driver’s seat. For my staff, they worked very hard to make sure that I had everything that I needed at all times do to my job – my idiosyncrasies that allowed me some breathing space at home.

Yet they spent many nights away from home as well, working with me to achieve our agenda. Although many over the years have taken maternity and paternity leave, mostly those with children found the job very hard, and part-time work was often not an option. In retrospect, I should’ve worked harder at this balance, as well as my own.

So in answer to whether it was worth it? Totally! What does it say about women? That we can do such jobs and that we can be good at them. But this doesn’t mean we have to do them forever, and it is a trap for women and for politicians to think so.

There were only so many years my body wanted to wake at 5.30am with a long list of pressing issues already coursing through my brain. Only so many times I wanted to dash to a TV studio for morning media, rush home to do school drop-off, then get on a plane for one of many interstate meetings or conferences.

Of course, lots of busy jobs keep parents from their children – but not many of them demand you sleep in a bed other than your own for more than 100 nights each year. There’s only so many times you want to leave the book you’re reading with your child and say you’ll pick it up again in five nights’ time.

At some point, even a time-management fanatic like me doesn’t want each 20 minutes of their lives planned three months in advance.

At some point, it is actually normal for people to readjust their lives and move from demanding jobs once they’ve completed their projects. It is also normal for women to scale up and down their work or careers at different times in their lives – obviously those, like me, in higher paid jobs have more choices open to them than many others, a factor I’m very conscious of.

Of course I’m cross at some of the silly reporting suggesting that retiring from politics after 15 years in parliament, and five as a senior cabinet minister, is a failure for working women. What absolute and complete rubbish! If anything, the decision to change roles and move on should be an affirmation of what women can do, and do well. And what can be achieved and managed, even with young children.

Feminism was supposed to deliver opportunity and choice. I took that opportunity and gave it 200%. Now I’m exercising my choice to do something else – to contribute in a different way.

Inevitably, there was a focus on that constant tug-of-war for working women. But I don’t think our feminist dream is a simple binary equation (work/life) and if we just get the balance right, we will end up 100% relaxed and happy.

Maybe it would be better if we viewed this through a more nuanced lens of a triple bottom line: professional, personal and public?
Are you professionally satisfied? Is the work personally sustainable for you? Is there a public benefit in your work? That is, will the community, or nation, benefit in some way from your work that should be factored in to this more complex equation.

For nearly 15 years the answer on all of these for me was yes. In fact, in the last five years in government – as I worked with Prime Minister Julia Gillard and delivered more and more of our policies – it was a resounding yes. That satisfaction helped me and my family accept some of the personal cost.

But as I took more pride in what we’d delivered, what was personally sustainable for me was changing. Expecting everyone around me to put my work and needs first wears thin after time.

And it is much easier to go when you know there are good people to step into your place – something Labor can say with pride. So I hope some of you would take heart and consider politics as a career, should the desire for change in your current work arise.

This is an edited extract of a speech delivered by Nicola Roxon at the NAB Women’s Agenda Leadership Awards.