Online reputations: Lessons from our universities 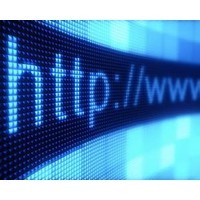 Trying to control your reputation online is a bit like trying to clean up wee in a toddler pool. You are much more likely to get your hands dirty than achieve any kind of meaningful damage control.

Many universities in Australia are trying to define what is acceptable – and unacceptable – for their staff members to say online. Academics too, are exploring the boundaries between expression of academic freedom and the obligation to their institutions in an age when anything you say or write can be easily posted online.

A number of high-profile cases of academic trouble in cyberspace has prompted universities to try and protect their reputations. But often their reactions and policies are just making matters worse.

The latest example is the case of an adjunct academic, Jim Nicholls, who was apparently sacked from the University of New England for writing a satirical poem. Nicholls wrote the poem to cheer up a fellow staff member, Jan-Piet Knijff, who had just been sacked. It is unclear whether the poem was ever intended by its author to become public, but trouble started when Knijff posted it online.

Another staff member took offence at the contents and demanded its removal. Despite Knijff taking the poem down, Mr Nicholls, who had been working as a largely unpaid adjunct for some years, was shown the door on the grounds that the poem bought UNE management into disrepute.

But this most recent case is one of many where an academic’s personal opinions or activity online has caused trouble for their institution. Last year, then head of RMIT University’s School of Art, Professor Elizabeth Grierson, brought a cyberstalking case against a former staff member, Steve Cox. The case backfired, with Professor Grierson being ordered to stay away from Cox’s Facebook page for 20 years.

A couple of weeks ago Monash University stood down a staff member in a complicated “trolling” incident involving the presenter from Australia’s Next Top Model. The Monash staff member was accused of making some unsavoury comments from an anonymous Twitter account. The staff member was not saved by the fact that the account was anonymous and did not mention any connection with the university.

As, John Gilmore, one of the founders of the Electronic Frontier foundation once famously said, “The net interprets censorship as damage and routes around it”. The story about UNE management clamping down harshly on an employee is likely to travel much further than the poem could have travelled by itself, even if it stayed on the internet forever.

This kind of internet publicity problem has been called “The Streisand effect”. The phrase was coined after legendary singer Barbra Streisand tried to stop photographs of her clifftop residence being published in a public archive of coastal erosion in California.

As the case progressed it was revealed that the offending photographs, which had been published in a set of 12,000 similar shots, had only been downloaded six times before the case began; two of these downloads were by Streisand’s own attorneys. However, the publicity surrounding the case resulted in nearly half a million downloads of photos in the first month the case was in court.

Instead of preserving her privacy, Streisand spent a reputed $50 million dollars to create entirely the opposite effect.

Turn the other cheek?

These cases raise some interesting questions. Should universities just ignore academics trolling, misbehaving or merely being cheeky online? Should academics always be able to freely criticise their institutions, or their colleagues, in public, on the grounds of academic freedom? I’m not sure.

I’m against using the academic freedom argument to justify behaviour that is rude, bullying or otherwise socially unacceptable. Likewise not using your real name should be no defence against such behaviour; hiding behind anonymity is the refuge of cowards.

That being said, there’s a difference between bullying and satire. While I have sympathy with what the universities are trying to achieve in their policies, I wonder if much of this effort is misplaced.

If you want to control your reputation on the internet, it’s far better to concentrate on learning how to react well to public criticism. If universities wish to attract the best minds, they should work on creating the appearance of being tolerant workplaces which encourage vigorous discussion and the exchange of ideas – even if they don’t always agree with them.

There’s a lesson here for academics too. Nothing – not even a funny poem between friends – is private when just about everyone carries a publishing platform in their pocket. Expect to be tweeted when you give a lecture; don’t put anything in an email that you wouldn’t be happy to appear on a webpage, or have read aloud to the Vice-Chancellor. And next time you feel like having a whinge about the university, or a colleague, pick up the phone and make a coffee date. It’s safer.

Inger Mewburn is a Research Fellow in research education at RMIT University.