Pandora: The old “throw your hands up” trick 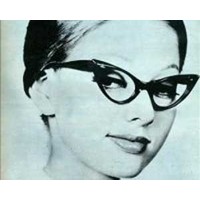 I’m sometimes amazed that men don’t compare notes more often on the techniques they use to maintain the patriarchy. If they did, they’d realise the old “throw your hands up” technique is wearing a bit thin as a strategy by the old boys’ network to keep women out of the boardroom.

Women everywhere will recognise this very masculine strategy as applied to sharing the housework. It’s the one in which the clothes come out of the washing machine shrunken or with the colours run. It’s the iron burn to the favourite shirt. It’s the weird collection of products purchased from the supermarket. It’s the passive strategy to ensure that women think it is easier just to do the housework themselves rather than to explain the intricacies of washing, ironing and shopping to the men in their lives.

One of the most pertinent comments I have heard on the subject of why women are not getting boardroom roles came at a roundtable of senior women in business organised by the Australian Institute of Company Directors late last year. As one participant succinctly put it, “Why is this not a table of men discussing this issue?” she asked.

The chief financial officer of Realestate.com.au, Jenny Macdonald, recently told me: “To me it is a worry that we don’t have as many women on boards. When people say, I can’t find [them], I feel like saying let me give you a list! There is a resistance.”

You bet. Even in the most senior echelons of business, men seem comfortable to simply throw up their hands and say that although they want to bring more women into their senior executive ranks and their boards, they can’t find a way. Just like they can’t do the washing!

I once watched a male CEO of a large telecommunications company spend a whole evening using the “throw up your hands” technique in a room [mostly] full of senior women who, politely at first and later with growing frustration, suggested various solutions. “Tried that; it didn’t work,” he replied to every suggestion.

At the end of his talk, a gentleman on my table turned to me in astonishment saying it was the worst presentation he had ever seen a CEO make.

The gent commented that he would love to have seen the CEO make the same statements about profits. I tried to imagine it too: the CEO gets to his feet at an investor presentation and says: “I just can’t understand why we are not making any money. I have tried everything, and nothing seems to work. I don’t know what to do.”

Last week, a survey of director sentiment revealed an alarming trend: last year, 63% of directors considered diversity a key issue for boards. This year, it was just 13%, with the report’s two authors conjecturing that directors feel the issue has been addressed.

If that is what they consider equal, I’d like a pay rise that puts my wage 86.1% above the average for men, and we will call that equal too, shall we?

Look chaps, we are on to you. The old “throw your hands in the air” trick is way too passé. If you want to maintain your nice little advantage, you need to come up with something new and different in the way of an excuse.

Of course, you could always just get with the program, read the copious research around the reasons for and means to promote women, and then sit down with the men and women that you lead and start solving the problem.

And stick on another loads of whites, will you?