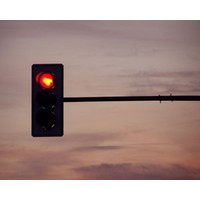 There’s just no way to make the numbers add up to something positive at paper and signage company, PaperlinX (ASX:PUX).

Yesterday, the struggling paper supplier’s group chief financial officer, Richard Barfield, “left” after seven months in the job. This comes on top of a second year of disastrous financial results for PaperlinX, and a cascade of leadership departures over the past six months.

The company’s recent history looks like a textbook case of miscalculations and scarifying blunders, each building, one upon the other, to undermine the credibility of the company and any hope for its future.

For leading companies that would like to achieve a lightbulb moment before achieving a corporate train wreck, we offer the following ready reference of PaperlinX’s “Unstoppable” journey.

It is easy to forget that PaperlinX has massive sales – it made $4.1 billion in revenue in 2011-12. Although the final result was a net loss of $266.7 million and the revenue was a fall from the previous year, the scale of these numbers help explain the intense power struggle at the company.

A casual onlooker might say, “just walk away”, but more than $4 billion is a lot to walk away from.

Supplying commercial printers is the mainstay of the PaperlinX business. Commercial printing in Australia is still an $8 billion business, according to research company, IBISworld, but it is in decline. Over the past three years, printing revenues have fallen by as much as 20%, according to PaperlinX data, and demand for paper has fallen 3%-5%.

About 83% of PaperlinX revenue comes from supplying commercial printers.

Belatedly, the company started to diversify in recent years into providing packaging and signage, to comprise about 17% of its revenue and 23% of its profit.

At its half-year results announcement, when it became clear that 2012 was also going to be bad, PaperlinX announced that it had concluded a strategic review, selling its various overseas operations.

Sceptical shareholders, fronted by Andrew Price, respond to these announcements by calling an extraordinary general meeting in an attempt to vote chairman Harry Boon off the board. Boon defends the company, its CEO, Toby Marchant – who is leading the company from Britain – and narrowly survives the challenge.

PaperlinX forecast bad news in June: a net loss of $171 million. But less than two months later, in August, it reveals the actual loss is worse than expected – 56% worse. The market reels at the company’s $266.7 million loss, which it has blamed on an after-tax loss on the sale of its businesses in America and Italy and restructuring costs.

Board acts too late

By July, the PaperlinX board bows to shareholder pressure and CEO Toby Marchant leaves, rumoured to have been sacked. This comes after months of the Boon defending Marchant’s performance. Marchant held the role for 21 months.

Analysts are not reassured

Goldman Sachs keeps its ‘sell’ recommendation, cuts its 12 months price target, and raises its expectations of the company’s loss per share. Shares are at an all-time low of four cents.

Better the devil you know?

In August, despite Andrew Price’s sustained, personal attack on the competence of the board and management of the company, Boon appoints Price to the board. The shares jump 20% to 6 cents.

PaperlinX has two classes of shareholders – ordinary (with voting rights) and “hybrid” (without voting rights, but with priority claims over the group’s assets if it is wound up).